Pegasus and the Hydra - Is there a Myth behind this Painting?

Pegasus and the Hydra by Odilon Redon 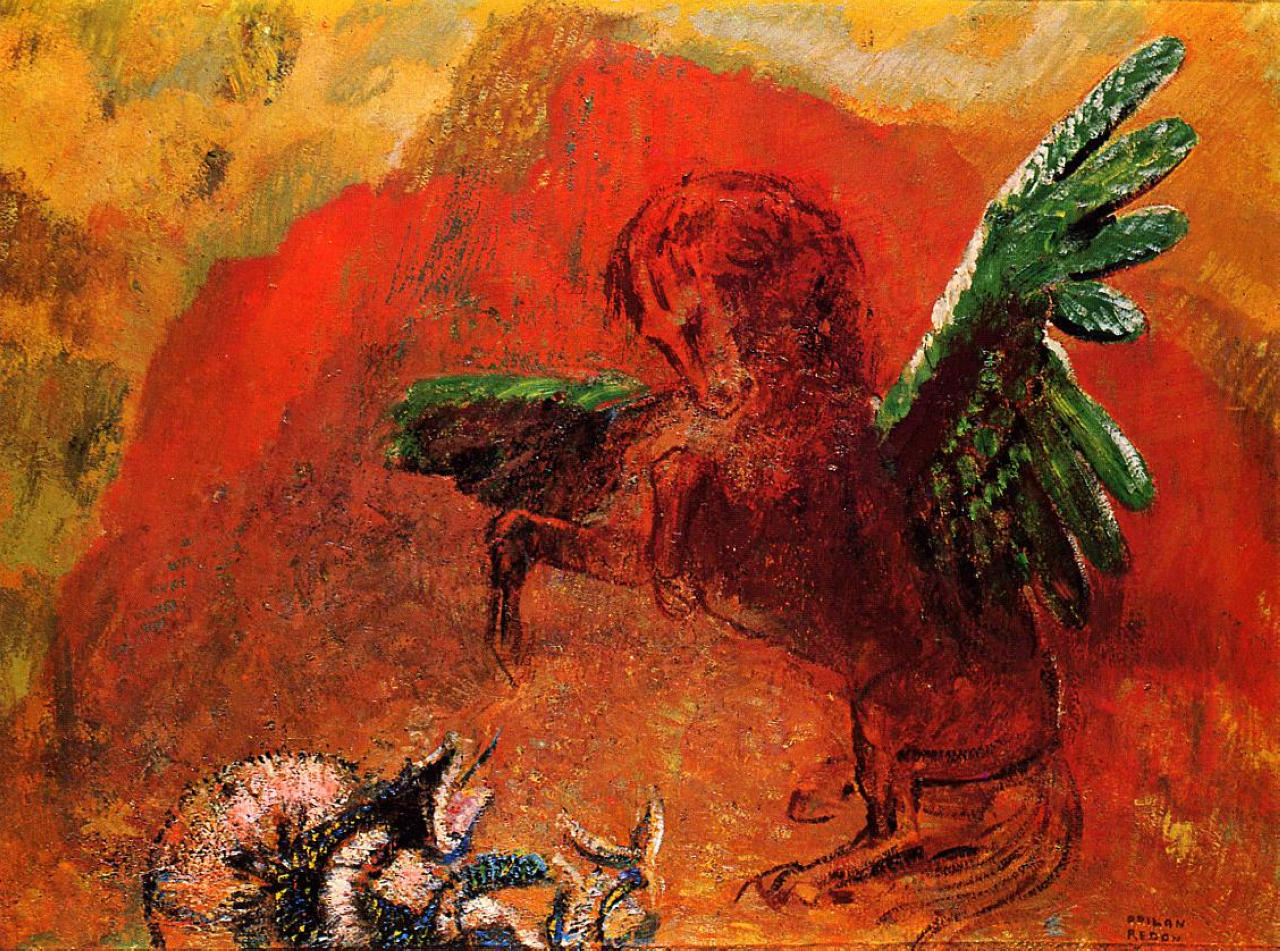 It seems to be a winged horse (Pegausus) fighting a many-headed figure.

I have not been able to locate an established and credible myth behind Pegasus fighting the Hydra. Is there one, or did this originate in the mind of Odilon Redon?

To expand on C. M. Weimer's explanation, it may be that the monster depicted at the bottom is indeed Chimera. This seems to be a subject that Redon was well acquainted with. A writeup from an auction in 2001 displays a similar work by Redon "Pégase blanc":

The similarity in the layout of the work seems quite striking to me, especially the undulating serpentine form of the Chimera half-obscured at the bottom. The writeup includes a note that the bottom figure is often mistaken for Hydra, but is in fact Chimera.

Twisting on the ground below is the serpent Chimaera (sometimes misidentified as Hydra, which the hero Hercules vanquished in another myth.)

My guess? The work in question probably never had an actual given title. I can't find any resource to establish this with certainty, but untitled works are hardly uncommon. So it's probable that the work is, in fact, intended to be Pegasus and Chimera, but has an unfortunate history of being mislabeled.

In further support, here are a couple of other works by Redon which depict Chimera explicitly, and show a tendency to diverge from more traditional renderings of the creature, and display strongly serpentine qualities: 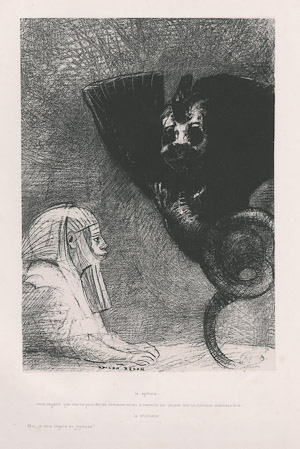 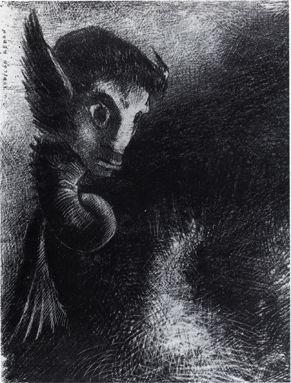 And to provide a bit more evidence of his awareness of the story of Pegsus with Bellerophon and the Chimera, we have a depiction of Pegasus and Bellerophon, from the Met: 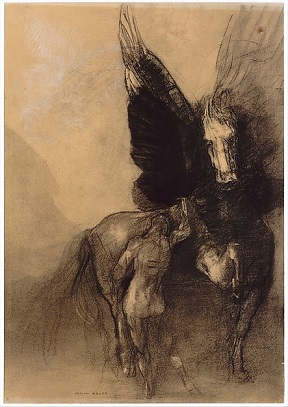 There is not a myth of Pegasus fighting the Hydra, but two thing are related. First, Pegasus sprung from Medusa's blood, so snakes and Pegasus are associated there. Second, Bellerophon (or Bellerophontes) fought the Chimera with Pegasus, which, as you can see in the picture below, had snakes as part of it.

You can read all the collective myths and a summary of what they say about Pegasus here: http://www.theoi.com/Ther/HipposPegasos.html

I'm not familiar with the artist in question, so perhaps this battle merely sprung fully-formed and winged from his imagination.

15
What was the definitive reason behind Sisyphus punishment?
13
What is this myth: elderly couple unwittingly feed gods, changed into tree
8
Is there a Sumerian Pandora myth?
11
Do we know how Hercules avoided the Hydra's venomous breath?
4
How many heads did the Hydra originally have?
5
(credible) Online Sources on Epiales, the Greek Spirit of Nightmares
7
Is there a referenced kill-count for Hector of Troy?
1
Horse-headed human -> Ipotane?
4
Why was the Greek deity of warfare and wisdom (Athena) female, and how did the Greeks rationalize this?