Are there any non-European versions of "Elves" in Indian/Persian/Arabic/Chinese/Meso-American folklore/fairy tales?

I think, Yaksha of Hindu Mythology 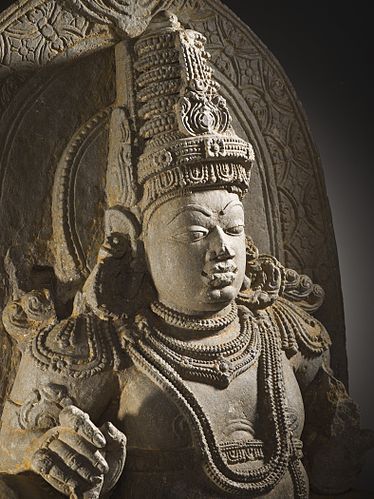 could potentially be one candidate but he seems to ugly (broad features).

So, if anyone knows of some beings that are equivalent of elves in non-euro religions, let me know!!

Not all depictions of elves in European mythology correspond to your criteria. Would it be correct to assume these criteria are solely based on the works of Tolkien?

Elves has been depicted as nasty little critters as well. In the late-fourteenth-century Wife of Bath's Tale, Geoffrey Chaucer equates male elves with incubi (demons which rape sleeping women).Because of elves' association with illness, in the twentieth century, most scholars imagined that elves in the Anglo-Saxon tradition were small, invisible, demonic beings, causing illnesses with arrows.

Many such. Most, like the genuine folkloric elf, have a lot more variation. They may have monstrously ugly members, but they are often very close to the elf, and folktale may switch out the type as they translate across cultures. Some are

As @Codosaur pointed out in his answer, your description has more to do with post-Tolkien fantasy elves, rather than the supernatural beings featured in Germanic mythology and folklore (see the Wikipedia page for Elves in fiction for a nice discussion on the subject).

To answer your question, the Wikipedia page on Elves, in the "Equivalents in non-Germanic traditions" section, provides a partial list of entities from other cultures which have similar attributes to Germanic elves.

Among those, a non-European class of supernatural beings which seems to fit your description quite closely is that of the Maori Patupaiarehe. In his book Fairy Folk Tales of the Maori, James Cowan describes these "supernatural, elusive sprites of the woods" in such terms:

They are spoken of as an iwi-atua, a race of supernatural beings, and they are accredited with some of the marvellous powers attributed to the world of faerie in many other parts of the globe. [...] Most of the legends I have gathered give them the ordinary stature of mortals, while at the same time investing them with some of the characteristics of the enchanted tribes of other lands. [...] The Patu-paiarehe were for the most part of much lighter complexion than the Maori; their hair was of the dull golden or reddish hue “uru-kehu” [...]

They were greatly skilled in all manner of enchantments and magic [...]

Moreover, they are often described as beautiful in folktales.

6
Are there any close analogues to the Fairy King & Queen Titania and Oberon, in Indian/Hindu mythology?
2
Are there any folklore references to the following elements found in Xianxia i.e. modern Chinese High Fantasy fiction?