What were popular magical focuses in Chinese Mythology?

For the purposes of this question, a focus means something needed to cast a spell properly, something that channels magic, or something that allows magic to be cast. (This could include a magically enchanted item)

In most Myths and Legends that I'm aware of, the caster normally uses a wand or a staff to create magic (scepters are also popular). I'm not well versed in Chinese Mythology, and so I am wondering whether there are objects that are used in a similar manner in their Mythology.

What objects allowed the users to cast/channel/focus magic either from the user or from the object in Chinese Mythology?

In contemporary culture, one tends to see objects like the "Bagua Fengshui Mirror" which is supposed to scare away evil spirits, or the "Coin Sword" which has similar spiritual powers. Swords made of particular types of wood are also believed to have magical powers and are popularly believed to be useful in exorcism. I don't know how old these traditions are and can't think of any references in Chinese mythology. However, there is one very famous magical construct that is tied in with ancient Chinese mythology: 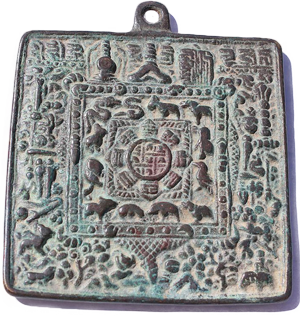 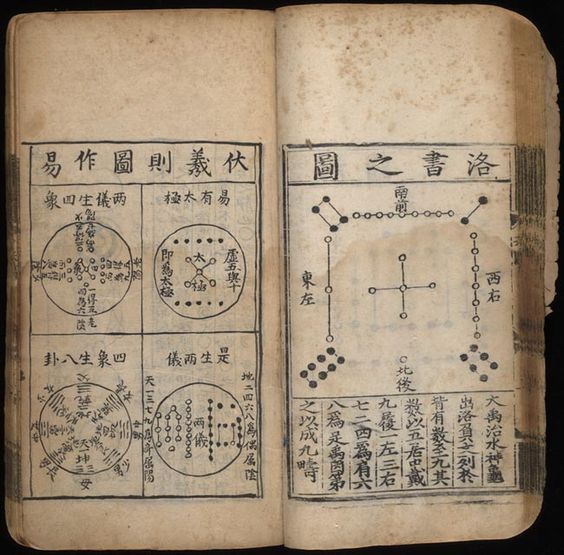 It's impossible to know the true origin of this construct, but it does seem to be quite ancient. Although there is not a lot of readily available documentation on the matter, stories concerning the Yu the Great are well known and appear as early as the first century BC in Sima Qian's Records of the Grand Historian.

It's not entirely clear what the Lu Shu Square was used for, but Yu was associated flood control, which was and remains very important in China, and it seems to be related to geomancy.

Not the answer you're looking for? Browse other questions tagged chinese or ask your own question.

20
Who is the Chinese supreme god?
9
What are the "Treasures of the Dragon Kings"?
8
Did the dragons of Chinese mythology originate from tornadoes?
8
When were European and Asian dragons first associated?
6
Why does Indian mythology not have humongous beasts like that of Chinese dragon?
9
Can anyone identify what Chinese mythology creature this is?
5
Is there a passage about white hair in Chinese mythology?
2
Are there any folklore references to the following elements found in Xianxia i.e. modern Chinese High Fantasy fiction?
2
What is he fishing for?