Is there a word for the type of creatures that feeds off human energy, such as emotions?

Is there a common, categorical name for creatures that become stronger and more powerful by feeding off living beings' emotions, such as fear, anger, greed?

I know this is part of older esoteric traditions. Qabbala?

I know at least one Christian who strongly believes in this as a reality: http://gnosticwarrior.com/demons-who-feed-on-human-energy.html

I don't think there's a word already existing, but I'm not going to pass up the chance to try and make one. Just combining Latin and Greek roots, a psychophagus would be a "soul eater". There could also be specialized words for each emotion-feeder, such as phobophagus (fear eater), iraphagus (anger/rage eater), etc. Motophagus would be the word for emotion eater, but that's much more questionable than soul eater (psychophagus).

Soul Vampires can be the closest one.

For example, consider the Dementors from Harry Potter, according to the Potter wiki:

Dementors feed upon human happiness, and thus cause depression and despair to anyone near them. They can also consume a person's soul, leaving their victims in a permanent vegetative state, and thus are often referred to as "soul-sucking fiends". They are known to leave a person as an 'empty-shell'.

So, let's see how they are derived from mythology to fit into HP:

They are among the folkloric psychic vampires, so they definitely belong to a type/class of vampires.

So, they can be labelled soul vampires or psychic vampires

A picture from Harry Potter which shows how the soul sucking is done: 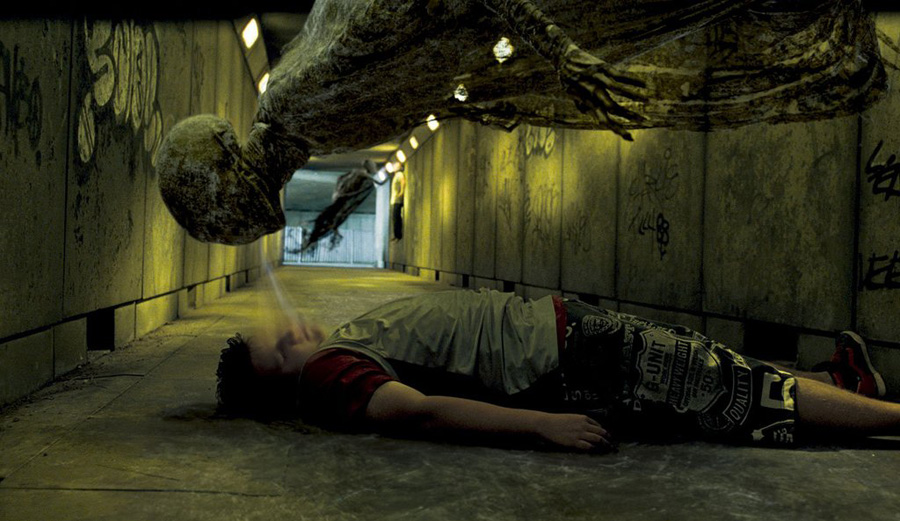 There is a popular myth that they feed on people's emotions, especially negative ones. This is also sometimes attributed to people who seem to provoke negative emotions in others on purpose. Basically, one who is considered a narcissist.

12
What are some examples of "Mothers of Monsters"?
9
Are there any other mythological beings that got a replacement metal arm, other than Nuada, Lugh Llaw Ereint, and Sigurd?

24
Are Kitsune and Huli jing the same?
32
What is the difference between giants, Jotuns and trolls in Norse mythology?
22
Prevalence of Underwater Panther
3
What are the origins of thestrals?
12
Is there a common theme of dragon meat being toxic?
11
Are there any beasts/creatures that "feed on" grief or regrets?
5
Looking for a mythological flying creatures that has saved human life
2
A unified understanding and description of a "spirit"?
4
Creature that feeds off personal attachment?
3
Important 'watchers', 'watchdogs' or 'guardians of a process'