Why was Hephaestus's mule ithyphallic?

While poking around at this question: Symbolism behind Hepheastus riding a donkey

A common detail in the art struck me, and as a result, I learned a cool new word:

So the fellows accompanying Hephaestus are Satyrs, which are almost always depicted ithyphallically, no mystery there. But why (if you'll pardon the mild crudeness) is the mule packing so much wood?

Even when his retinue are portrayed more modestly, the horse's phallus still seems to often be erect and prominent (examples 3, 4 and 5). The first example below is the François Vase, and it portrays many horses, and Hephaestus's is the only one which is ithyphallic, as far as I can tell.

1 - From the François Vase 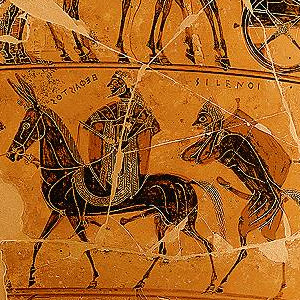 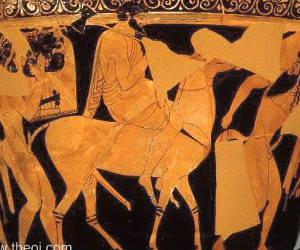 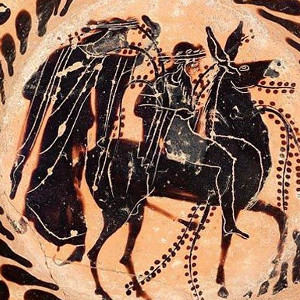 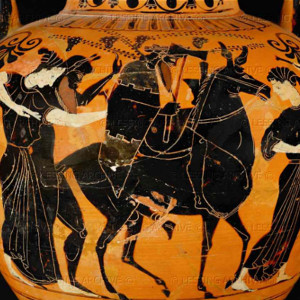 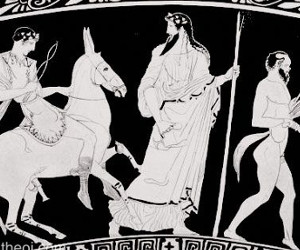 It seems like this is a pretty standard element of the depiction of this story. So why is it typical for Hephaestus's mule to have an erect phallus?

The scene depicted in these vases is "the return of Hephaestus", where after refusing to return to Olympus, Dionysus gets Hephaestus drunk puts him on a mule and carries him to Olympus.

The paintings therefore show a Dionysia parade with all the Phallic symbolism required for this kind of event. The mule is shown engorged along with the rest of the procession, and in one of the vases shown, I believe it is the Francois Vase, a satyr is attempting to have intercourse with the mule.

10
Symbolism behind Hephaestus riding a donkey

16
How and why was Talos killed?
15
Why was Medusa's hair made of snakes?
4
Why was the blood of Ouranos so powerful?
8
Why was dissection taboo in Greek antiquity?
11
Why was Europe named after Europa?
4
Why did the sky exist when Ouranos was castrated?
7
Why was Astyanax thrown from the wall?
2
Why was Tenes made king?
11
Why was Hephaestus ugly?