Onokentauroi and Centaur- origin of both?

THE ONOKENTAUROS (or Onocentaur) was an African animal with the hybrid form of a man and an ass.

The Greeks and Romans later applied the name to a type of ape, possibly the chimpanzee.

And a centaur, as everyone knows, is a man and a horse.

Well, onokentaros is pretty much unknown. I searched it up, and it is like, a Japanese blog or something.

To top that, this picture shows the onokentaros with one eye and a bone, like he's ready to smack someone. Not very ape-like. 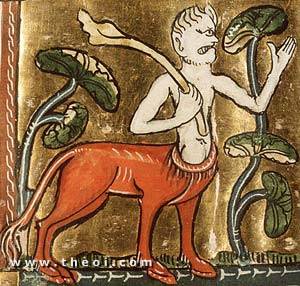 I can't really say I've seen an account for that of Centaurs.

Does that mean that the Centaurs were also just horses that were seen incorrectly? What were the similarities between the onokentaros and the Centaur, other than appearance? Were they ever seen to interact with each other?

Onocentauros literally means "donkey-centaur": onos is Ancient Greek for "donkey". The oldest description seems to be from Aelian XVII.9:

Different people interpreted Aelian's description in different ways. Given the name, some depictions (like the one you found) are just a centaur with a donkey's body instead of a horse's.

But notably, Aelian describes only two hands and two legs, while a centaur should have two hands and four legs. So we also see depictions like this: 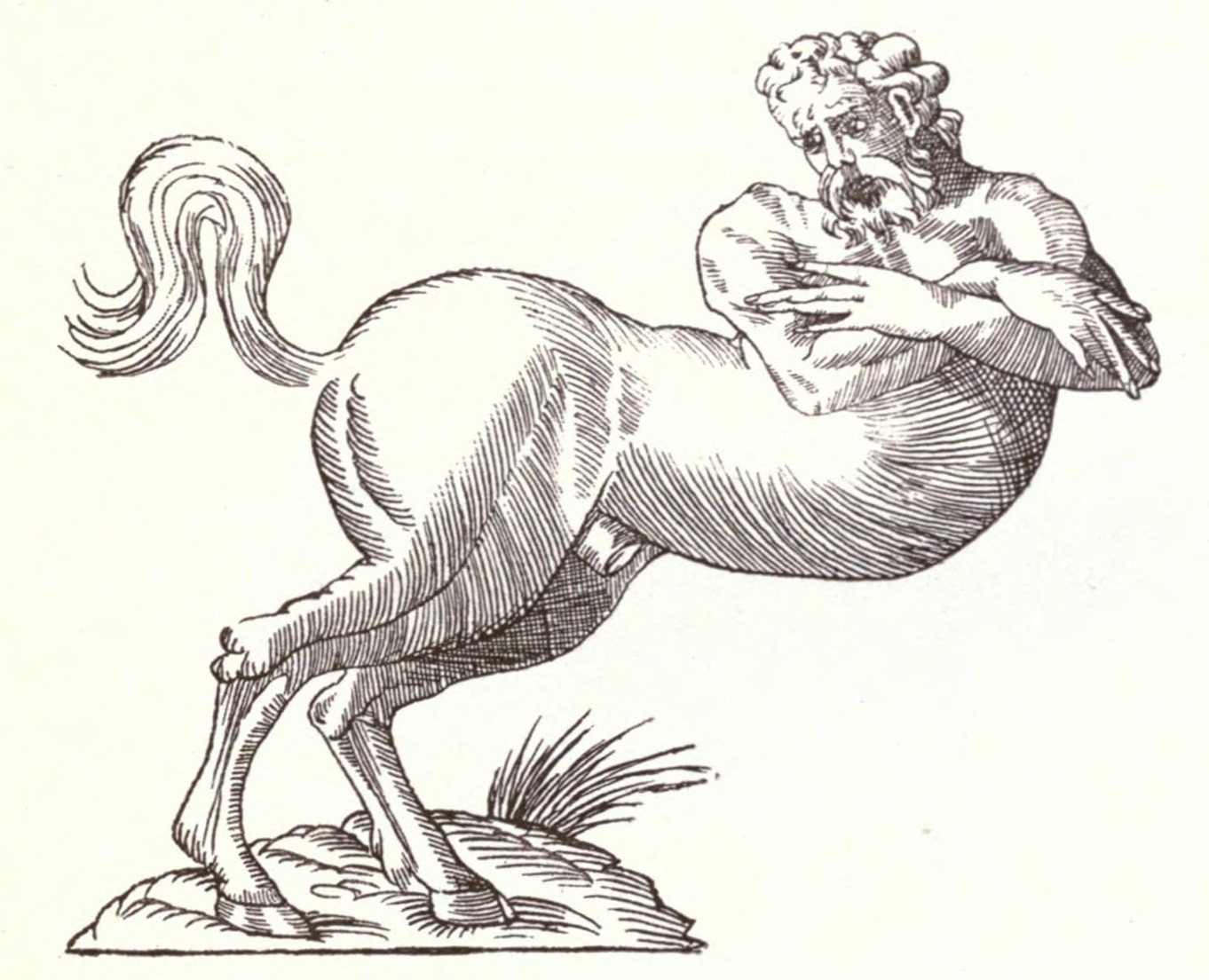 This seems rather, well…topheavy, to have actually worked in practice.

So some modern readers have looked at Aelian's description in a different light. Aelian doesn't claim to have seen an onocentaur himself, but he does mention that they can use their hands to run (on all fours) or to pluck fruit and leaves off of plants. Combined with the description of ἀνθρώπῳ τὸ πρόσωπον εἴκασται, περιέρχονται δὲ αὐτὸ βαθεῖαι τρίχες ("a face somewhat like a human's, surrounded by thick hair"), it sounds a lot like a misinterpretation of some sort of primate, maybe a chimpanzee.

"Does that mean that the Centaurs were also just horses that were seen incorrectly?" Maybe; some scholars have suggested that centaur stories originated with seeing people on horseback. But the details are lost to prehistory.

"What were the similarities between the onokentaros and the Centaur, other than appearance?" None, really, except that they were both said to be violent. I can't find any classical accounts of onocentaurs talking or being sentient, in particular.

"Were [onocentars and centaurs] ever seen to interact with each other?" Unlikely. As the quote at the top of the answer mentions, most accounts say that centaurs are long extinct (if they even existed at all—Aelian does express doubt on that point, despite his words above). They're fundamentally creatures of myth, while onocentaurs were actual animals that named sources had seen firsthand. The similar names are most likely because both centaurs and onocentaurs were both kind of like humans and kind of like other animals, not because they were seen as the same sort of being.

24
Why is Athena considered the goddess of both fighting and craft skills?
14
Was Zeus a compilation of gods?
14
What was the explanation in Greek mythology for the absence of their deities?
22
Prevalence of Underwater Panther
10
What is the origin of the Hippogriff?
9
Why would an ancient temple be dedicated to both Poseidon and Artemis?
9
What are the differences between the Greek Hestia and the Roman Vesta with regards to both mythology and worship?
10
What is the origin of the centaurs?
6
Do dragon myths share a common origin?