How is the Borjgali related to Mesopotamian symbols of eternity?

The Borjgali is a Georgian solar symbol:

Borjgali (Georgian: ბორჯღალი; also Borjgala or Borjgalo) is a Georgian symbol of the Sun with seven rotating wings over the Christian Tree of Life and is related to the Mesopotamian symbols of eternity. 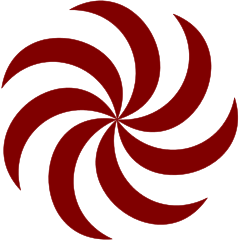 Unfortunately, the claim that the symbol is somehow related to Mesopotamian symbols of eternity is unsourced. One eternity symbol that is broadly similar to the Borjgali is that of neighboring Armenia. However, Armenia is not a Mesopotamian culture.

How is the Borjgali related to Mesopotamian symbols of eternity? And which symbols might those be?

Mesopotamian sign of Eternity is same as Georgian Borjgali, Georgians also speak language which is derived from Shumer and Mesopotamia since survivors of "the great deluge" settled in Caucasus mountains and brought the language and culture from there, also known as Caucasian (see Caucasian particularly Kartvelian languages) later Antiochian Christians from Rome changed it to sign of Sun.

Armenian is not Mesopotamian culture and their language is not considered as such (Caucasian), but they have been inhabiting Caucasian mountains since 590BC during the time of "Yervanduri" when Kingdom of Urartu fell and new nation and people were established which westerners called "Armina", thus Armenians have continued Caucasian tradition from Urartu and Kingdom of Nairi and their relatives (Kartvelians)

in short Georgians (Kartvelians) are the closest people of culture of Shumer and Mesopotamia and have preserved culture, symbols and language derived from there, but it's very important that we remember and understand that this is a sign of ETERNITY, NOT SYMBOL OF SUN.

it is symbol that portrays cycles of life and universe and ages, simply put it says "what was once will be again".

9
How many Annunaki were living on Earth at the peak of their time?
7
How did the ranking system for the Sumerian pantheon work?
21
What is the meaning of the star symbols appearing on seal VA 243?
10
Why do snake (serpent) and bull often come together as symbols of deities?
7
How did the Assyrians imagine the underworld?
5
What are the major branches of Mesopotamian mythology?
2
Babylonian, Sumerian or Mesopotamian
8
Who is the female figure in the Nirgul tablet?
6
Literature for mesopotamian seven-tiered cosmos?
9
Significance of Enoch's age in the Hebrew Bible and identification with seventh antediluvian king/sage from Mesopotamian mythology