What are some myths involving Capricorn?

I'd like to understand the astrological sign Capricorn more fully. Are there any myths related to this sign? I am interested in both stories about Capricorn, or stories that reveal the goals of someone who is Capricorn. Even if there are myths regarding symbols that relate to Capricorn.

Capricornus, as a constellation, is seen in the Babylonian MUL.APIN tablets, believed to be compiled around 1000 BC, named SUḪUR.MÁŠ (as can the rest of the modern zodiac, in one form or another). The goat-fish chimera's first depiction is earlier, on a seal dated sometime around 2000 BC (Origins of the ancient Constellations, John H Rogers). It is connected with the god Enki (Ea), who was connected to the goat and fish, combining his identity as a water deity and as a god of wisdom and magic ("The Primeval Zodiac: Its Social, Religious, and Mythological Background", by Lorenzo Verderame). The creature is seen in Mesopotamian art next to Enki: 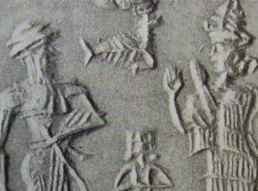 According to the greeks and romans, the constellation Capricornus depicts Aegipan, who may or may not be the same being as Pan depending on which account you go by.

The story differs significantly in different sources, but generally say that Aegipan was rewarded by Zeus for his actions in the fight against the monster, Typhon. What, exactly, those actions were seems to vary wildly.

When the god in Egypt feared the monster Typhon, Pan bade them transform themselves into wild beasts the more easily to deceive him. Jove later killed him with a thunderbolt. By the will of the gods, since by his warning they had avoided Typhon’s violence, Pan was put among the number of the stars, Since at that time he had changed himself into a goat, he was called Aeocerus. We call him Capricorn.
Pseudo-Hyginus, Fabulae, 196

The account from Hyginus's Astronomica, the details are different, but still involves the same players (Aegipan/Pan, Zeus and Typhon):

At this same time, they say, Pan cast himself into the river, making the lower part of his body a fish, and the rest a goat, and thus escaped from Typhon. Jove, admiring his shrewdness, put his likeness among the constellations.
Pseudo-Hyginus, Astronomica, 2.28

And from Apollodorus, again details are somewhat different from the other two:

But Typhon twined about him [Zeus] and gripped him in his coils, and wresting the sickle from him severed the sinews of his hands and feet, and lifting him on his shoulders carried him through the sea to Cilicia and deposited him on arrival in the Corycian cave. Likewise he put away the sinews there also, hidden in a bearskin, and he set to guard them the she-dragon Delphyne, who was a half-bestial maiden. But Hermes and Aegipan stole the sinews and fitted them unobserved to Zeus.
Pseudo-Apollodorus, Bibliotheca, 1.6.3

Not the answer you're looking for? Browse other questions tagged myth-identification astrology zodiac or ask your own question.

3
Why is the constellation Capricornus depicted as a sea-goat?

8
Are there any ancient myths about adventuring parties?
5
Are there stories of punishment for challenging an oracle?
9
Are there any homosexual gods?
12
Are there any gods who are in a different species than humans?
7
What are some iconic legends of human depravity and spiritual pollution?
14
Pre-Tolkien Orcs in myths or folklore?
2
What was the parentage of the Korean King Suro?
3
What graphical symbols, if any, have been used for the three “modalities” in western or other astrological systems?
5
Castration myths besides Ouranos