Have any cultures of N, NW or E Europe used symbols for warding off the "evil eye" that are related to ones used around the Mediterranean? 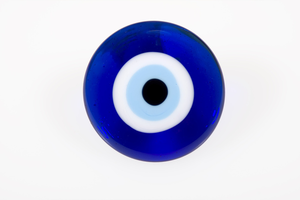 10
Symbolism of Irish characters with multiple pupils in each eye