Which god holds a shepherd's crook?

Which, if any, god(s) in the ancient world is depicted as holding a shepherd's crook? I am looking for gods depicted in such ways in statues, idols, drawings, etc...

Amurru, an Amorite deity often referred to as a storm-god, is depicted on ancient cylinder seals carrying a curved object called, in Akkadian, a gamlu, which is generally interpreted as a shepherd's crook, e.g. by writers such as Henri Frankfort (in his 1939 book Cylinder Seals: A Documentary Essay on the Art and Religion of the Ancient Near East), Aïcha Rahmouni (in her 2008 book Divine Epithets in the Ugaritic Alphabetic Texts) and Joshua J. Mark (on the website Ancient.eu).

Several Egyptian gods commonly appear carrying a shepherd's crook, which, together with a flail, indicates them as royalty: the "shepherds of the people." Two of these deities, Ra and Ausar (whom the Greek called Osiris), are believed to have been among the earliest kings of Egypt.

In late Pharaonic Egypt, Ra was merged with Ausar's son and heir Heru (Horus) to form Ra-Harakhte, "Ra Who is Heru of the Two Horizons." 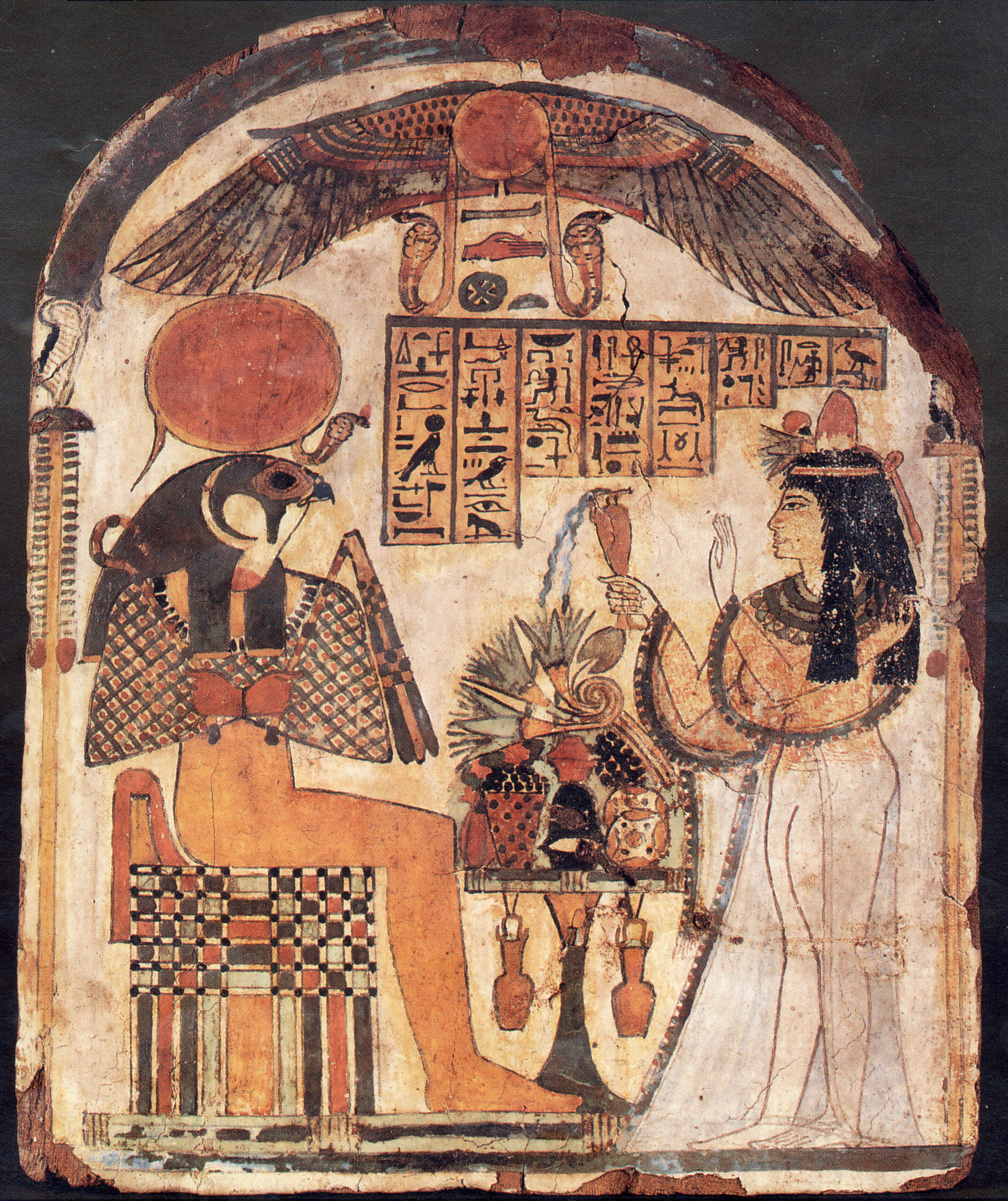 Here Djedkhonsuiwesankh, the daughter of a priest, makes offerings to him as he sits enthroned, carrying the crook and flail.

Perhaps the best-known deity to wield the shepherd's crook is Ausar (pictured below), the ruler of the dead and of the otherworld which they inhabited. 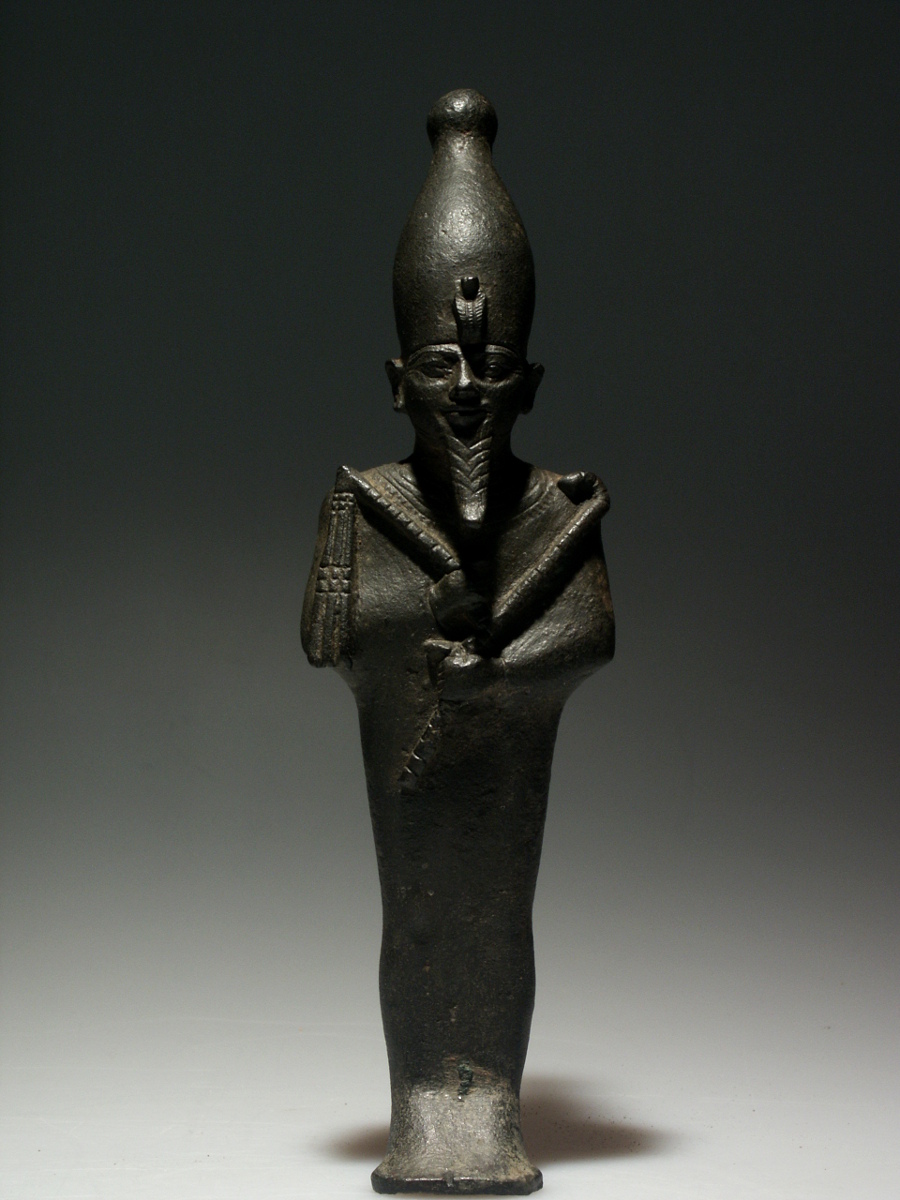 A very ancient god, named Andjety, from a place called Andjet in Egypt, may have been an earlier form of Ausar. He too carried a shepherd's crook.

The Egyptian moon-god Khonsu also bore the crook and flail. 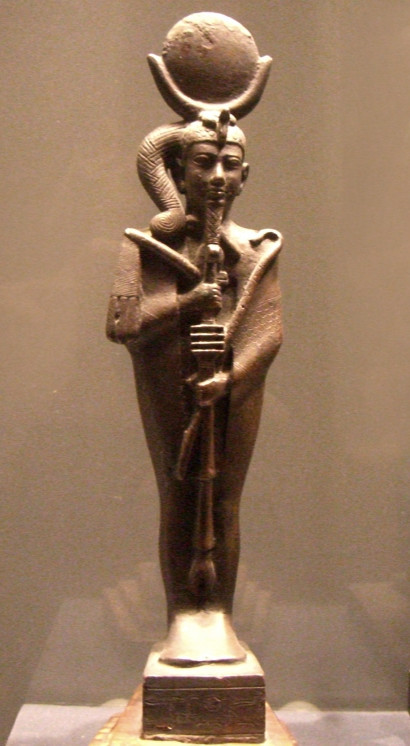 Pan, the Greek god of flocks and shepherds, is portrayed holding a shepherd's crook. 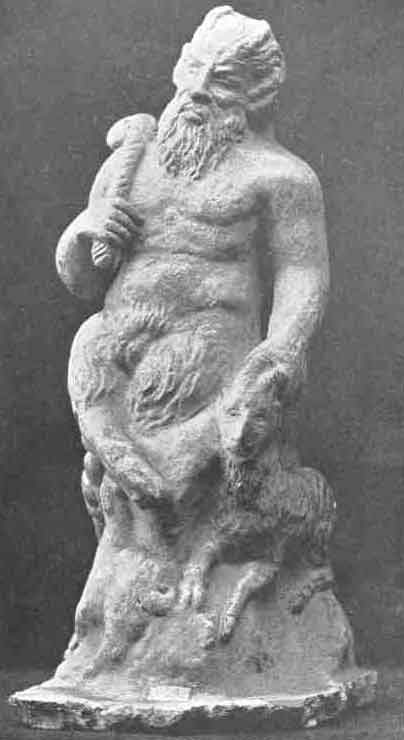 Pan with Goat, at British Museum 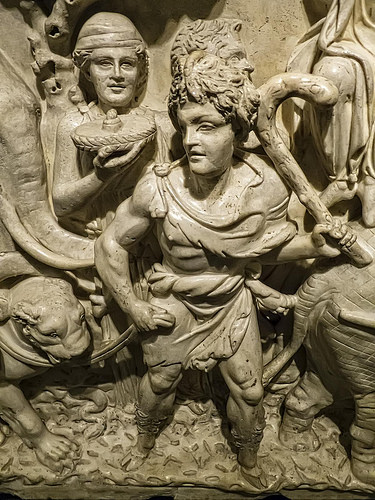 Gaeeus, a minor Libyan sea-god who may have been a marine shepherd, also wields this implement. His name seems to mean "Gaia's" (Of the Earth). 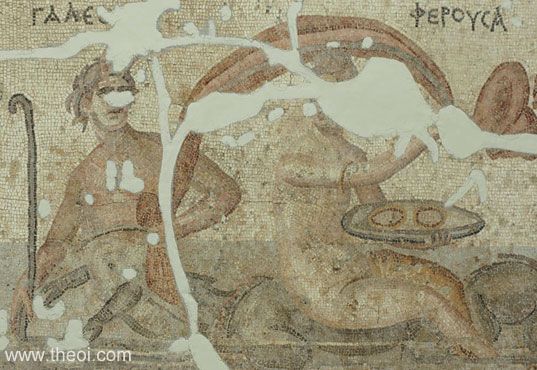 Gaaeus (far left) with the Nereid Pherusa, in mosaic from Roman Antioch

A Phrygian vegetation deity whom the Greeks called Attis is depicted in a life-size statue of him which was found at Ostia, outside Rome. The image is holding a shepherd's crook in its left hand.

The Egyptian God Osiris is generally depicted holding a Shephard's Crook. It is also held by Pharaoh's as proof of their right of kingship.

Thalia, the Greek muse of comedy, is also often seen holding a shepherd's crook, as in this picture.

As DisturbedNeo said, in Egyptian mythology it (along with a flail) is held by pharaohs as symbols of power, and is thus held by Osiris as a "pharaoh of the dead".

5
What deities/creatures personify the universe in the aspect that it manifests as varied duplexity (that serve the same symbolic function as Yin/Yang)?
3
Did a pagan cult remove the gallbladder of animals before sacrificing them?
2
A unified understanding and description of a "spirit"?
5
Are there any examples of gods or people boasting of their ability to engage in multiple acts of sex in succession?
1
Which (real) birds are most strongly associated with fire?
6
What is the significance of the two cities on the Shield of Achilles?
4
Did ancient Greek authors describe any consistent details of the Olympians' appearance (hair/eye color, relative height, etc)?
3
What do the Staff God's staffs and pose represent?
4
Are there myths, folklore, tales, or other traditions/tales about monsters regaining their humanity permanently?