Is there a legend or an explanation for the symbol of a swan with a woman's head?

This was found in a grave of a knight in Romania and I am wondering what the symbol of the swan with a woman's head could symbolize.

The grave has a templar cross at the feet of the knight, the star of David at the head and on the top the tree of life, a 12 pointed star with a solar symbol in middle. 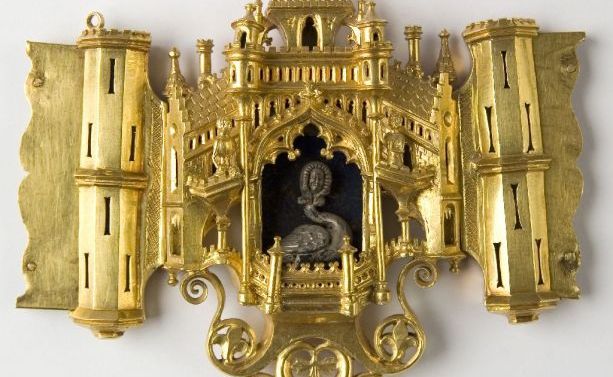 Top part of the grave: 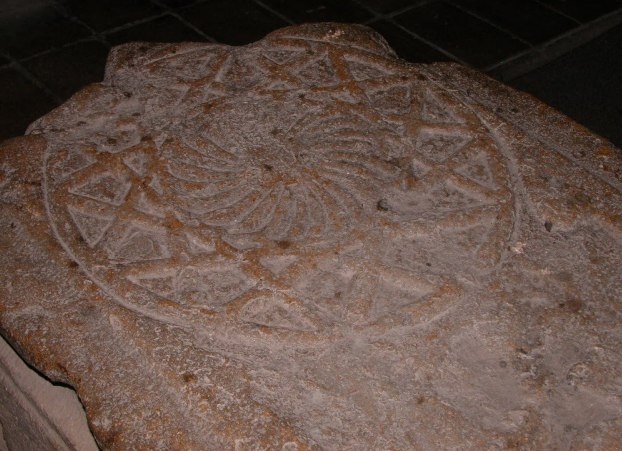 This is the grave with the knight in it. The historians think it is the son of Basarab I, the knight is known under the name of the black knight of Wallachia. Wallachia was founded as a principality in the early 14th century by Basarab I, after a rebellion against Charles I of Hungary, although the first mention of the territory of Wallachia west of the river Olt dates to a charter given to the voivode Seneslau in 1246 by Béla IV of Hungary. In 1859, Wallachia united with Moldavia to form the United Principalities, which adopted the name Romania in 1866 and officially became the Kingdom of Romania in 1881.

Carbon 14 tests and DNA tests "tell" the man buried at Curtea de Arges had died between the years 1340-1350. That his mother had german or nord-indian origins, not cumans how some historians tend to say. 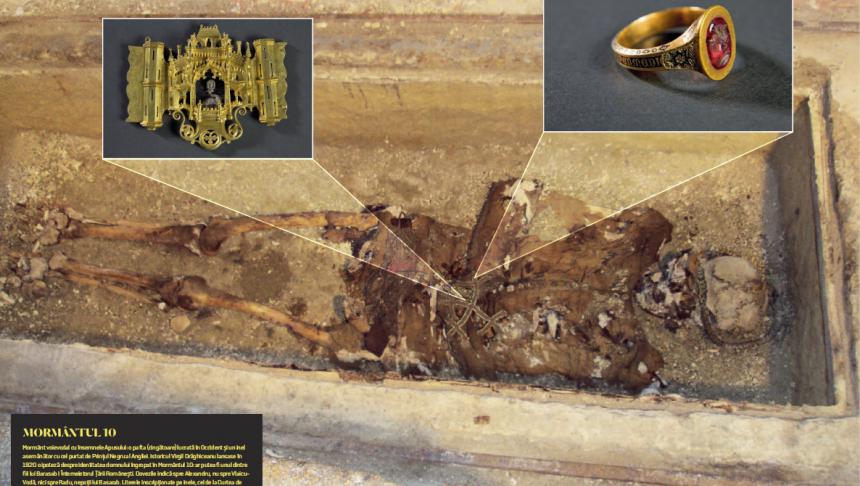 Inside the portal to a closed area with email, there is a female swan head cast in silver (the figure may represent the folk figure named Melusine, feminine spirit of fresh waters in sacred springs and rivers).

According to Romanian Coins:

and according to Wikimedia:

Swans are used in heraldry and can represent loyalty and grace among other things.

Not the answer you're looking for? Browse other questions tagged myth-identification or ask your own question.

5
Are there stories of punishment for challenging an oracle?
3
Is there a mythological basis for the idea of a unicorn princess?
2
Are there any myths of little girls with the head of a wolf?
3
Are there any saints or heroes in mythology who ally with death?
9
Is there a Maori legend about a demon's heart at the bottom of a lake?
9
What is the legend of the Knight Tondalo?
3
Is anyone familiar with the Mary title for women?