Does anything in the Matter of Britain ever explain or otherwise address Stonehenge?

Is there anything in the Matter of Britain (or, if I'm using that term wrong, medieval British mythology in general) that discusses Stonehenge?

I'm curious, given how Stonehenge has captured the modern imagination, whether medieval mythographers thought to make any "just-so stories" about Stonehenge, or anything like that. 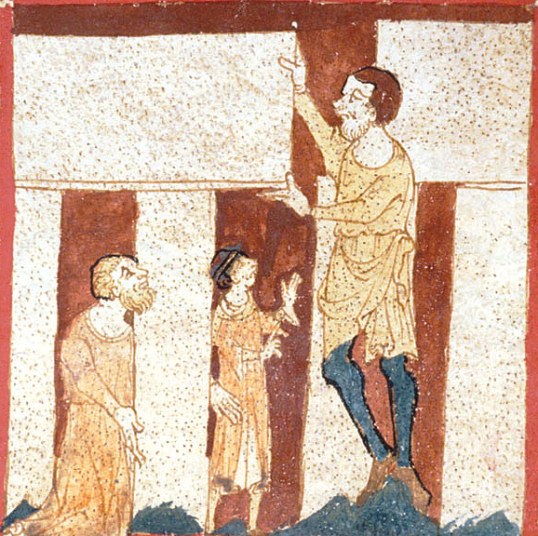 During the 12th century, Geoffrey of Monmouth suggested that Stonehenge was built by none other than Merlin, under instructions from King Aurelius, Arthur's uncle, as a burial ground for a group of British nobles slaughtered by Saxons.

"If you are desirous," said Merlin, "to honour the burying-place of these men with an everlasting monument, send for the Giant's Dance, which is in Killaraus, a mountain in Ireland. For there is a structure of stones there, which none of this age could raise, wthout a profound knowledge of the mechanical arts. They are stones of a vast magnitude and wonderful quality; and if they can be placed here, as they are there, round this spot of ground, they will stand forever.

This was an idea which gained popularity alongside much of Monmouth's writings.

Aurelius ordered Merlin to erect round the burial-place the stones which he had brought from Ireland. Merlin obeyed the King's orders and put the stones up in a circle round the sepulchre, in exactly the same way as they had been arranged on Mount Killaraus in Ireland...

You can also read the Legend of the Heel Stone here.

Not the answer you're looking for? Browse other questions tagged british or ask your own question.

17
Do Egyptian myths provide explanations for the shape of the pyramid?

16
Is there a connection between the use of the metaphor "black dog" for depression and the black dog of British folklore?
5
Revenants in mythology of the British Isles?
2
Is there any mention of human sacrifice in the mythologies of Britain of the period before advent of Christianity?
4
Sheep that speaks the day of your death