Why can't a vrykolakas cross the sea?

In Paradoseis, Nikolaos Politis records the belief that a vrykolakas cannot cross the sea. More specifically, tale 933 explains how the people of Myconos kept themselves safe from vrykolakes by burying them in the nearby uninhabited island of Baos. More or less the same story is repeated in tale 951 (also of Myconian origin) and in tale 952 (from Amorgos).

It seems the belief was quite widespread, several other small uninhabited islands appear as burying places for vrykolakes in local folklore. Some examples are:

Is there an explanation for this? Why would vrykolakes be unable to cross the sea?

What is the reason that makes it impossible for a vrykolakas can not traverse the sea?

The reason for this may be in the salt contained in the water, but this in itself can not be verified.

There are thirty-five verses which reference salt in the English translation of the Bible (King James Version), the earliest being the story of Lot's wife, who was turned into a pillar of salt when she disobediently looked back at the wicked cities of Sodom (Genesis 19:26). When King Abimelech destroyed the city of Shechem he is said to have "sowed salt on it;" a phrase expressing the completeness of its ruin. (Judges 9:45.) In the Sermon on the Mount, Jesus referred to his followers as the "salt of the earth". The apostle Paul also encouraged Christians to "let your conversation be always full of grace, seasoned with salt" (Colossians 4:6) so that when others enquire about their beliefs, the Christian's answer generates a 'thirst' to know more about Christ. Salt is mandatory in the rite of the Tridentine Mass. Salt is used in the third item (which includes an Exorcism) of the Celtic Consecration (refer Gallican rite) that is employed in the consecration of a church. Salt may be added to the water "where it is customary" in the Roman Catholic rite of Holy water. In the native Japanese religion Shinto, salt is used for ritual purification of locations and people, such as in Sumo Wrestling. In Aztec mythology, Huixtocihuatl was a fertility goddess who presided over salt and salt water. - Salt in mythology

The cause of the vrykolakas' inability to cross the sea seems to have not been handed down to us and as such we do know the root causes of their weakness to cross water.

“It is said, too, that he can only pass running water at the slack or the flood of the tide.” – Van Helsing (Dracula 290)

The Count, even if he takes the form of a bat, cannot cross the running water of his own volition, and so cannot leave the ship. – Jonathan Harker’s Journal, (Dracula 395)

It is not known how Stoker arrived at this notion. Perhaps he invented it. But there are precedents for this in folk beliefs. On some of the Greek islands, including Hydra, Kythnos, and Mitylene, there was occasionally found the practice of re-burying the corpse of an alleged vampire on a desert island in belief that the vampire could not cross the water to another shore. For example, Rennel Rodd tells us: “Hydra is said to have been formerly infected by vampires, but a zealous bishop transferred them to the unoccupied island of Therasia, in the Santorini group, where they still walk at night, but being unable to cross salt water, find no one to torment” (194). In China too, the undead were sometimes believed unable to cross water. For example, the revenant in one Chinese folktale retold by Olga Hoyt (35-37) turns into a wolf upon being frustrated by its inability to cross a stream in pursuit of a man. But it still can’t cross the water. And when this man returns to the revenant’s grave, he finds the body of an infant sucked dry of blood. There are also precedents in the British Isles, albeit these apply to other supernatural creatures. Oxford scholar Katherine Briggs notes: “If chased by evil fairies, one could generally escape by leaping to safety across running water, particularly a southward flowing stream” (336). - Count Dracula and the Folkloric Vampire: Thirteen Comparisons by Patrick Johnson

There are only a few sources where we can really glean a possible explanation as to a possible causes for the reason why they can not cross the sea, but we can not say with any surety the true cause. Sea water seemed to be a protection against vrykolakas but it is unknown as to why. Nevertheless we may be able to glean something out of the following:

Vrykolakas were usually thought to be indistinguishable from living people, giving rise to many folk tales with this theme. Crosses and antidoron (blessed bread) from the church were used as wards in different places. To prevent vampires from rising from the dead, their hearts were pierced with iron nails whilst resting in their graves, or their bodies burned and the ashes scattered. Because the Church opposed burning people who had received the myron of chrismation in the baptism ritual, cremation was considered a last resort.

Some of the most well known are:

Islet Bau-Across the port of Mykonos 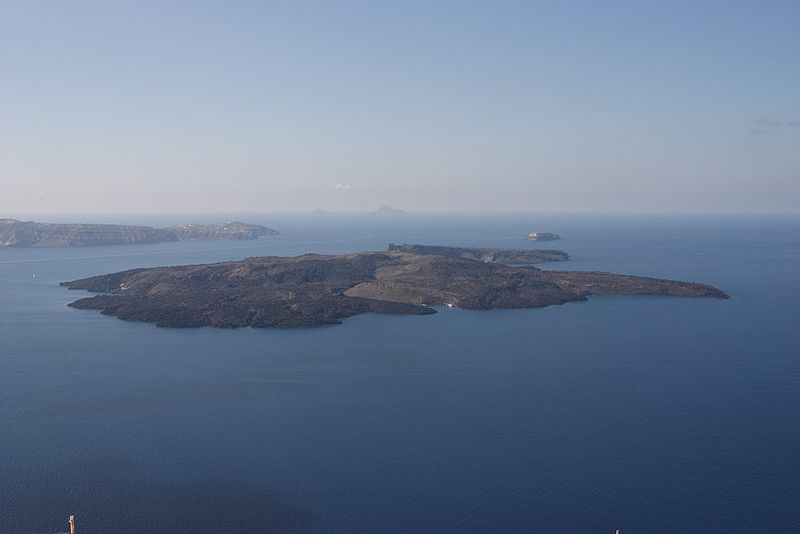 Nota Bene: On the Feast of the Epiphany (January 6), the Greek Orthodox blesses the sea each year. Could this be a possible reason also?

Greek Orthodox Church perform the Great Blessing of the Waters. After the divine liturgy, the clergy and the people go on a procession with the cross to the nearest body of living water (lake, sea, river, water depot). - Epiphany in Greece: Blessing the Waters

Not the answer you're looking for? Browse other questions tagged greek folklore or ask your own question.

15
Does Poseidon rule over all the sea gods?
9
What is the oldest known version of the Thessalonike legend?
9
Why did Unkulunkulu send the lizard after the chameleon?
4
Why is the helhest three-legged?
7
Is there an Egyptian Old Man of the Sea?
6
Why did Rumpelstiltskin want the baby?
6
Why are the domains of sexuality and fertility commonly associated with battle & war?
4
Is there an ancient basis for the Cretan bull-headed sea serpent god in Mika Waltari's The Egyptian?