Did the Labyrinth have concentric circular walls with passages blocked by radials or it did it have rectangular lines? Or do we simply not know?

The Labyrinth has been described as :

... a maze-like building of winding corridors and complicated twists and turns, which confused anyone who entered it so much that he could not find the way out.

Which could be considered an apt description of the palace. 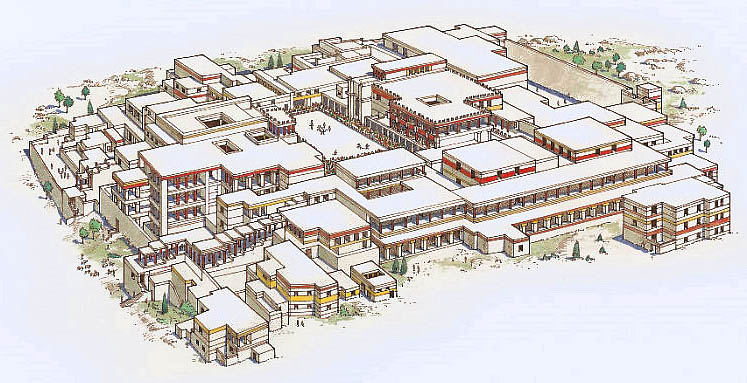 The Palace of Knossos

And according to legend :

Knossos itself was built by the architect Daedalus 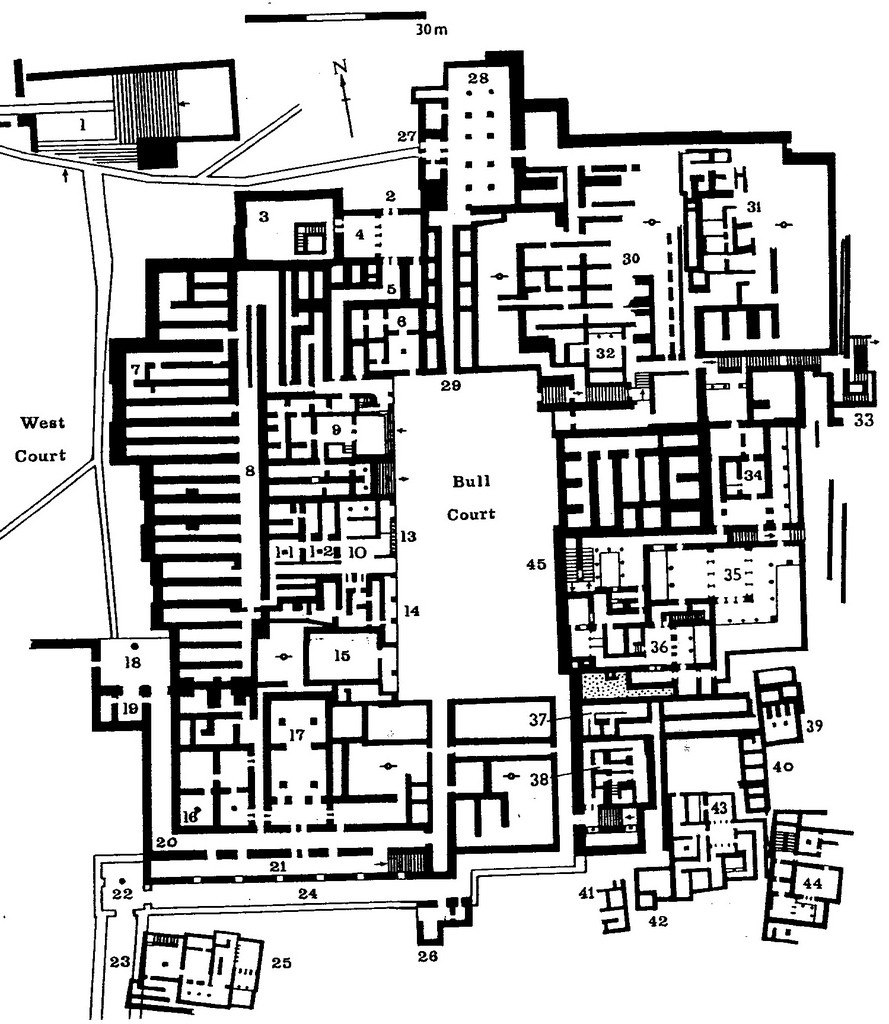 The Minoan building complex at Knossos, from the excavations of Arthur Evans (1851 – 1941)

The settlement of Knossos is associated with the palace of king Minos who housed the Minotaur, as Wikipedia tells us. There are, however, as far as I know, no actual remains discovered of the labyrinth itself. A common interpretation is that the Laybyrinth is actually the palace.

However, Wikipedia also shows us a coin that supposedly is from Knossos, around 400BC, that looks like this: 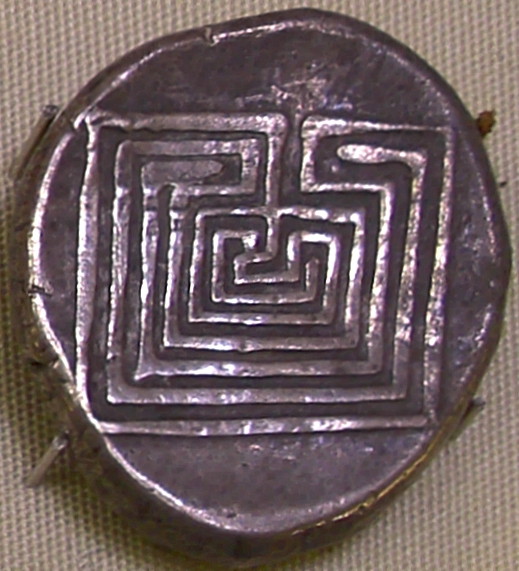 Whether the coin represents the actual labyrinth (if that ever existed) or an artist impression of what they thought the labyrinth would have looked like is of course hard to tell.

Plutarch quotes Philochorus in Life of Theseus and tells us that (although the Cretans wouldn't admit it) the labyrinth was a normal prison:

But Philochorus writeth, that the Cretans do not confess that, but say that this labyrinth was a gail or prison, in the which they had no other hurt, saving that they which were kept there under lock and key could not fly nor start away.

Not the answer you're looking for? Browse other questions tagged greek labyrinth or ask your own question.

-1
What was the purpose of the Labyrinth built by Daedalus?

22
What did Danae want?
16
Why was the Minotaur enclosed in a labyrinth and not in jail of some sort?
7
Why was Astyanax thrown from the wall?
5
How to interpret Roger Lancelyn Green's writing on mythology?
9
What did Achilles look like?
7
Did Greeks bow to their gods?
7
Which version of the Ariadne Myth was written/told first?
3
Which Greek heroes used pankration?
3
What does Aphrodite’s magical girdle look like?