I found a tattoo in a book about mandala tattoos and don't know what the meaning is.

Can anyone identify what this tattoo means? 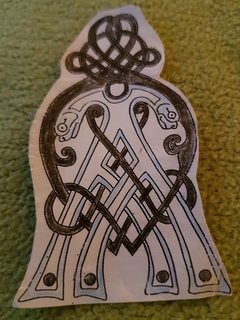 At least none that we know the Norse would be able to recognize. Runes are typically made with one vertical line an some straight lines attached to it. Curves such as the above were only used for a very few runes, since it would make them hard to carve in wood. Wikipedia has a lot of examples of runes.

The amulet looks like it was inspired by old norse art, but does seem to conform to any of the distinct styles that has been later identified.

If you want to have a runic tattoo with some meaning, I would recommend looking into some of the icelandic magic runes: I found one image by some quick googling. I can not couch for its accuracy in total, but I have seen at least some of the designs in serious works: 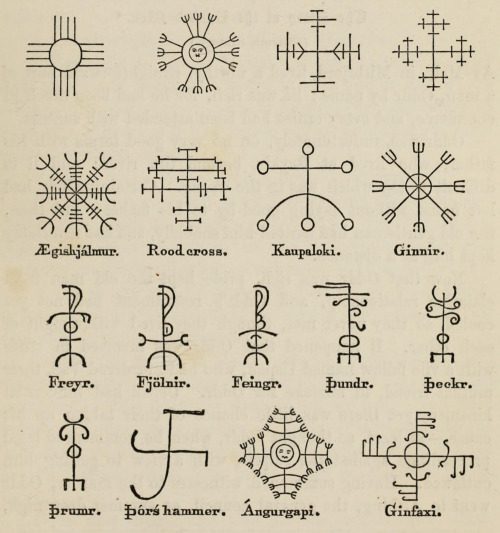 That looks more like a capital A from a manuscript like the Book of Kells in Ireland. So if anything it could be taken as Alpha.

Not the answer you're looking for? Browse other questions tagged runes or ask your own question.