Who and what are the winged "faries" that feature in fairytale?

Winged "fairies" often feature in fairytale, and a good example would be the Fairy Godmother from Cinderella. However, as, this link points out, the term "fairies " does not necessarily refer to the winged ones but instead, it refers to all(or most) magical, sentient races found in various mythologies.

Examples of "fairies", thus, can range from the Asian Yaoguai to the Norwich Alfar(Elves). Hence, what is the actual name of these winged "fairies"?

On a side note, what is the origin of such creatures? All I know that could be its origin are the Greek Psyche and the Persian Peri.

David is correct. In English winged fairies are sylphs or sylphids.

sylph (n.)
1650s, "air-spirit," from Modern Latin sylphes (plural), coined 16c. by Paracelsus (1493-1541), originally referring to any race of spirits inhabiting the air, described as being mortal but lacking a soul. Paracelsus' word seems to be an arbitrary coinage, but perhaps it holds a suggestion of Latin silva and Greek nymph, or Greek silphe "a kind of beetle," but French etymologists propose a Gaulish origin.
～Etymonline

Paracelsus categorized "beings of a spiritual nature" into four main categories which correspond to the classical elements: terrestrial pygmies or gnomes, aquatic nymphs or undines, aerial sylphs or silvestris, and igneous salamanders or vulcans (fire). He uses these term pairs completely interchangeably. One may not initially expect it, but sylphs were heavily associated with wooded areas.

The thicker the chaos, the more subtle its inhabitants, and vice versa. Gnomes, who live in thick chaos, are subtle; man, who inhabits subtle chaos, is thick. It is the silvestris that are most like us; live in the air, suffocate in the water, crush under the ground and burn in the fire. …

(E)ach chaos has above it a sky and below, a land; our chaos has heaven above and earth below; so heaven and earth nourish us. The inhabitants of water, that is, those who have water by chaos, have, below them, the earth and above the sky. The gnomes who have the earth by their own chaos, have above them the water and below, the surface of the earth, because the earth rests on [sic] the water: thus, the undines and the gnomes are fed, consequently. The sylphs, which have the same chaos as the men, follow their same regime.

We have the water to quench our thirst; to extinguish theirs, these beings have a water that is unknown to us and which we can not see. They need to eat and drink, but they eat and drink what is their food and drink.
～Paracelsus, "Liber de Nymphis, sylphis, pygmaeis et salamandris et de caeteris spiritibus" translated from Spanish to English via Google Translate

Would that I could find this in English or the original Latin. I have probed the Internet several times for free versions of these editions and have come up empty. So, please excuse this rough auto-translation.

The noun form of fairy (more commonly as fairie at the time) originally meant the land of supernatural creatures. The adjective form meant legendary or supernatural. Keep in mind that supernatural doesn't connote divine. Per Paracelsus we find that these kinds of creatures were considered below humans in The Great Chain of Being. However, if they married a human, they would gain a soul:

It must be remembered that the nymph who has joined a man will be present at the final judgment, because a soul has gained by this union in this trade, being therefore a woman and her union with a man dissolves only If it consents.
～Paracelsus, "Liber de Nymphis…"

I don't have a reference for this, but I believe the modern definition came about from a truncation of fairy folk down to simply fairy. Here's some more etymology, just because I'm nerdy like that:

In ordinary use an elf differs from a fairy only in generally seeming young, and being more often mischievous. [Century Dictionary]

But that was before Tolkien. As a type of supernatural being from late 14c. [contra Tolkien; for example "This maketh that ther been no fairyes" in "Wife of Bath's Tale"], perhaps via intermediate forms such as fairie knight "supernatural or legendary knight" (c. 1300), as in Spenser, where faeries are heroic and human-sized. As a name for the diminutive winged beings in children's stories from early 17c.

Yet I suspect that this flower-and-butterfly minuteness was also a product of "rationalization," which transformed the glamour of Elfland into mere finesse, and invisibility into a fragility that could hide in a cowslip or shrink behind a blade of grass. It seems to become fashionable soon after the great voyages had begun to make the world seem too narrow to hold both men and elves; when the magic land of Hy Breasail in the West had become the mere Brazils, the land of red-dye-wood. [J.R.R. Tolkien, "On Fairy-Stories," 1947]

I should have noted that while the above words entered English via French & Latin, the similar term elf entered via Germanic roots. I'll leave this small note here to remind myself to add this information later.

I suspect that these things become confused over time, as they often do.

If I had to guess however, I suggest that a reasonable explanation if you wanted to make the distinction, the 'Winged Fairies' could be called Sylphs

They are spirits of air (although this may not have been the original conception) and as such are more often depicted with wings: 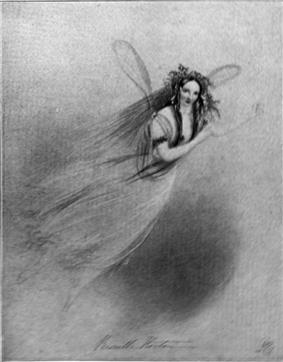 Even in ballet (La Sylphide): 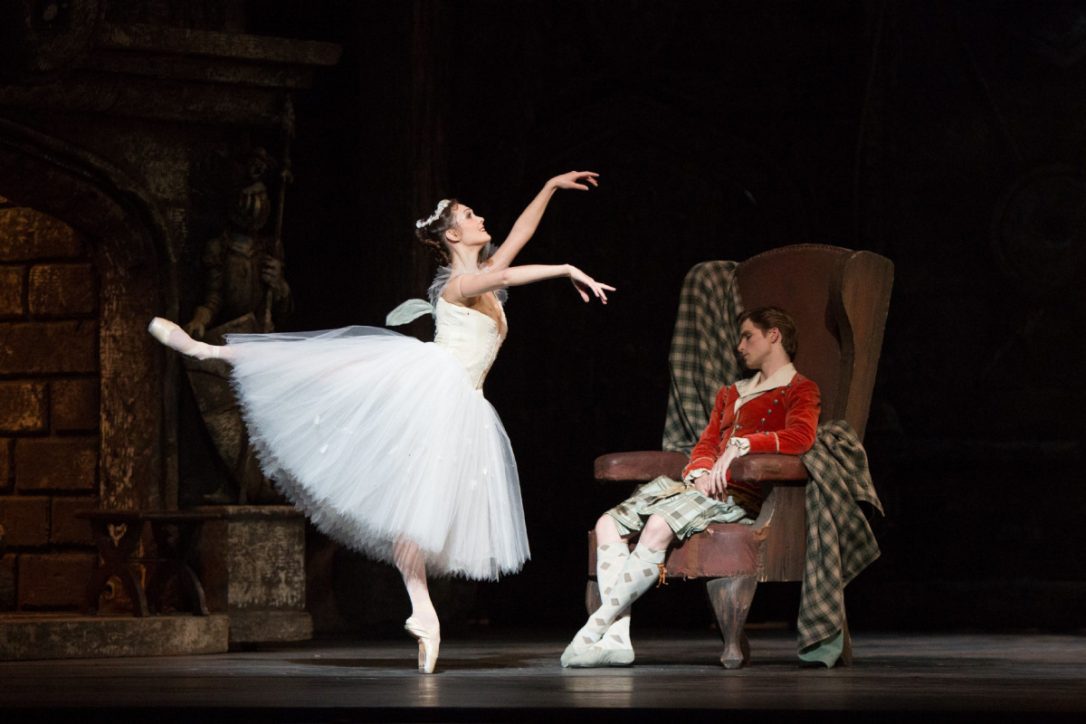 18
Did the word "fairies" originate after the creation of stories about fairies?
3
What is the earliest example of the tiny, insect-winged fairy archetype?

14
Are there any relations between Norse elves and Celtic fairies, or their home realms?
5
Who was the Erlking?
6
Are there any close analogues to the Fairy King & Queen Titania and Oberon, in Indian/Hindu mythology?
3
Myths/folktales/fairytales of areas/buildings/objects that disappear and reappear at fixed intervals?
8
Where did the idea come from that fairies must tell the truth?
3
What is the earliest example of the tiny, insect-winged fairy archetype?