What is the exact type of coin that Charon accepts for a ferry to the Underworld?

I am not sure whether to believe in Greek mythology or not, but I certainly don't want to spend my afterlife as a ghost, so I'm thinking of keeping a silver coin to pay that ol' Charon.

But what kind of silver coin would he demand? Would any silver coin do, or anything in particular?

A danake/obol it seems to be

Suidas s.v. Akherousia :
"Akherousia (Acherusia) : A lake in Haides, which the dying cross over, giving to the ferryman [Kharon (Charon)] the coin which is called a danake." (emphasis mine)

Callimachus, Hecale Fragment 31 (from Etymologicum Graecum s.v. Danakes) :
"Danakes (Danaces) : a barbarous coin more than an obol, which used to be put in the mouth of the dead."

Danake also can mean the silver coin of the Persian empire, so this could be the danake of the sources. 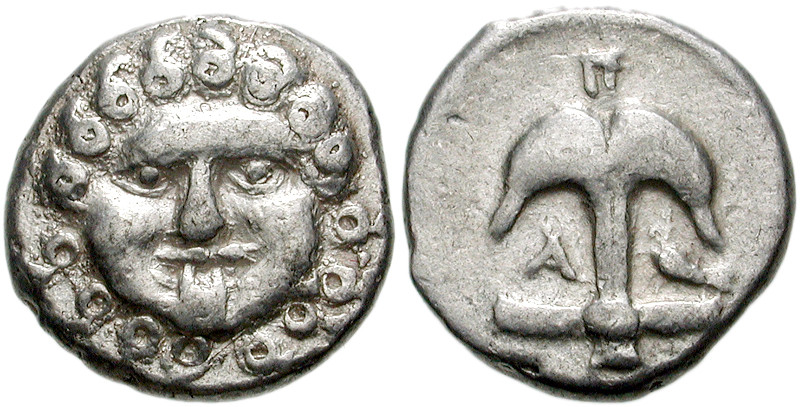 Other choice, the Greek Obol.

Aristophanes, Frogs 180 ff (trans. O'Neill) (Greek comedy C5th to 4th B.C.) :
Herakles : An ancient mariner [Kharon (Charon)] will row you over in a wee boat, so big. The fare's two obols.
Dionysos : Fie! The power two obols have, the whole world through! How came they thither!

There are some websites that may imply any old silver coin, but I could find any sources on that.

18
Why is the ferry toll for Charon placed in the dead person's mouth?
14
What was the explanation in Greek mythology for the absence of their deities?
15
Greek/Latin mythology with two brothers who die as reward for hard labor
6
Would the gods often take the form of another god?
8
Was divination a job reserved to women?
4
Artemis and the Pleiades
4
Why was the Greek deity of warfare and wisdom (Athena) female, and how did the Greeks rationalize this?
3
In what ancient source, if any, does the infant Hermes disguise himself as Ares?