What characteristics of the Māori gods explain the shape of their "godsticks"?

According to the Wikipedia article on Māori mythology, the gods Tūmatauenga (god of war), Tāhirimātea (storm god), Tāne (god of forests), Tangaroa (sea god), Rongo (god of cultivated plants and peace), and Haumia (god of wild food plants) are represented by these wooden "godsticks"1: 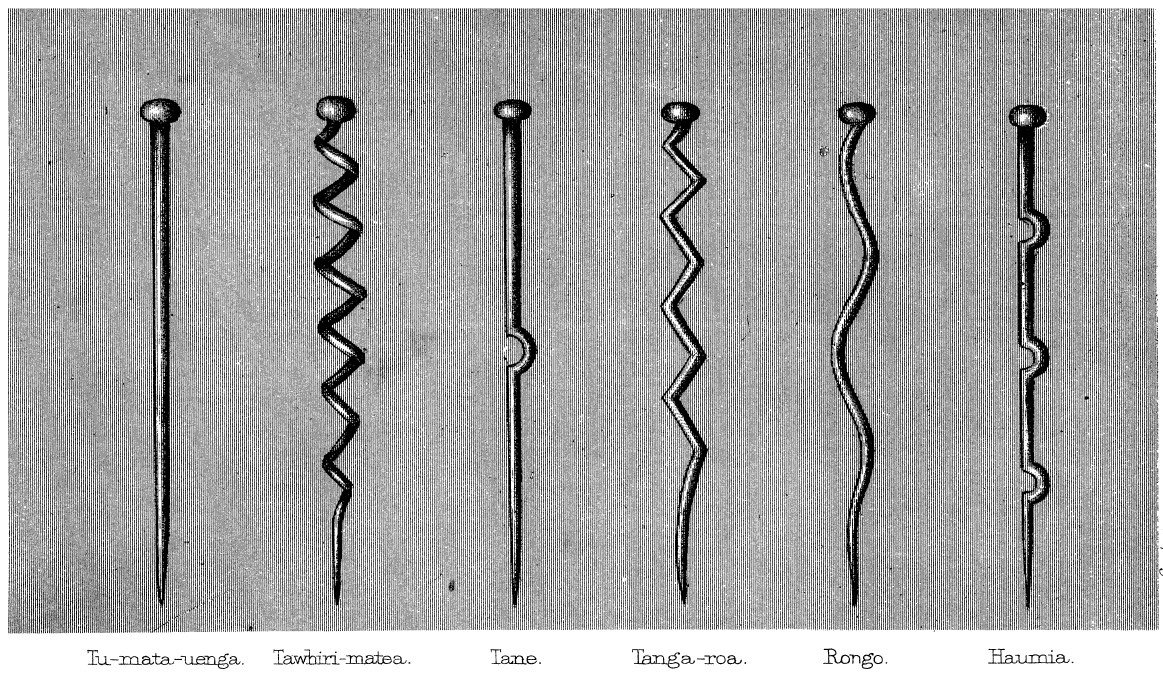 What characteristics of the Māori gods are represented in the shapes of these staffs?

This image depicts the toko wananga, stick-like representations of "departmental gods" used at the whare wananga, i.e. Maori schools. According to White, who was commissioned by the New Zealand government to compile this information, the sticks are:

In addition, Maori godsticks also refers to the tiki wananga. These are characterised by a carved head, the tiki, on a wooden shaft with a pointed end. These were used by priests for various religious rites, either held in hand or staked into the ground to form a temporary shrine. A typical example thus looks quite different from the above sticks:

Source: the collection of the Minneapolis Art Institute

Such godsticks were regarded as a medium for channeling a spirit, not an idol in and of themselves. Identification of depicted deities is the same as with other Maori carvings or art - and thus similarly difficult due to a lack of surviving knowledge as well as tribal differences in art styles.

Not the answer you're looking for? Browse other questions tagged symbolism maori or ask your own question.