What kind of being was Huwawa?

Humbaba was the guardian of the Cedar Forest and was fought by Gilgamesh.

Some say Humbaba is a monstrous giant and some say he was a dangerous mechanical monster (like a robot).

For example in Flying Serpents and Dragons by R. A. Boulay we can read: 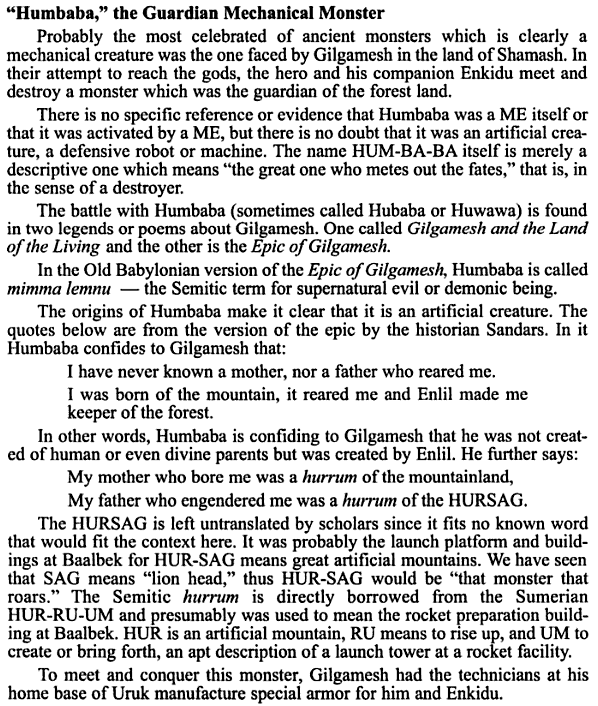 Is it true that he was a robot? If it's not, what kind of being he/it was? 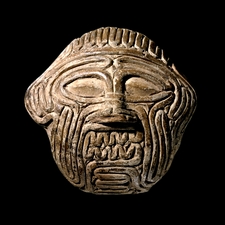 Clay mask of the demon Huwawa, The British Museum. From Sippar, southern Iraq, about 1800-1600 BC.

Huwawa was a demonic creature, of neither mortal nor godly origin, created by Enlil to guard the forest of Lebanon :

I never knew a mother who bore me, nor a father who brought me up! I was born in the mountains...

He is described in The Epic of Gilgamesh, tablet 2, as:

Humbaba's roar is a flood, his mouth is death and his breath is fire! He can hear a hundred leagues away any [rustling?] in his forest!

He was not, however, a mechanical creature such as a robot, as such things did not exist in Ancient Mesopotamia. He had human characteristics, and a physical body which Gilgamesh could capture:

they pulled out his insides including his tongue.

(tablet 5, The Epic of Gilgamesh)

Huwawa bared his teeth at him [...] He tied up his arms like a captured man [...] Huwawa sat down and began to weep, shedding tears...

He is also easily slayed by Enkidu:

Enkidu, full of rage and anger, cut his throat...

(all quotes from Gilgamesh and Huwawa unless mentioned)

He appears, then, to be a monstrous but mortal creature. Parallels have been drawn between the stories of Huwawa and Medusa(1), because of their similarities of a hero beheading a demonic creature.

Not the answer you're looking for? Browse other questions tagged sumerian gilgamesh humbaba or ask your own question.

21
What was the plant that Gilgamesh found after Utnapishtim's story?
11
How do we know that Gilgamesh was a demigod?
13
What kind of distinctive clothing depicted Sumerian gods?
11
What does Gilgamesh's title “He Who Saw the Deep” mean?
10
Forests and The Epic of Gilgamesh
8
Why did Humbaba have to die?
6
What caused the Deluge?
9
What is the family tree of the Sumerian gods?