I bought a house and found a crystal taped to the radiator. Anyone know why someone would want to tape a crystal to the radiator? It looks like a mountain crystal but as I'm not knowledgeable about crystals I can't say for sure. 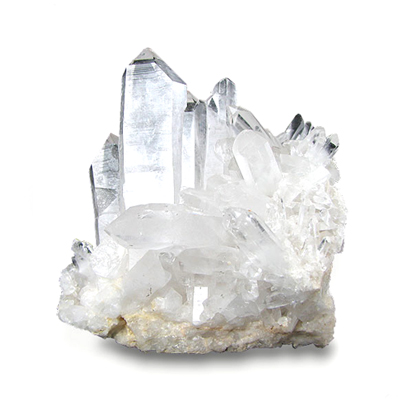 Any religions or superstitions who put mountain crystals near their radiators or something?

There are many myths surrounding crystals. They are held by many to be capable of channelling positive energy and so promoting health and wellbeing.

Your picture looks like quartz. Quartz in particular is said to balance the energies of the body and the building.
There are many sources online that describe the properties attributed to crystals, this and this are just two. Although bear in mind that many such websites are primarily geared to selling crystals.

It is likely that the previous owner placed quartz in the home to promote wellbeing within the house. Given that the position within the house is not simply on a shelf would indicate that it has been chosen carefully.
The position would either have been chosen by dowsing the most auspicious place - seeking positive Earth energy by Geomancy, for example placing on a ley line - or Feng Shui techniques would have been used. This would have depended upon the beliefs of the person placing it.

I don't believe that the radiator is significant, it would be the position that is more important.

Not the answer you're looking for? Browse other questions tagged folklore superstition hermeticism or ask your own question.

4
What's the best way to go about researching obscure mythologies?
2
Folktales or Fairy Tales in Native Language (if any exist anywhere)
1
What's the secret behind the infamous 'Backrooms' creepypasta?