Has the mind's eye always been seen as residing in the head?

Our modern representations of imagination usually involve things being emitted from or contained within our heads. (Thought bubbles, for example, and the many pieces of "imagination" clip-art where things are exploding out the back of people's minds.) This fits our modern understanding of our internal worlds as a product of our brains, which are located in our heads. I might hazard a guess that, since our eyes are also located on our heads, historical pictures of imagination might involve an analogy to vision and end up in the same place.

So, has the head always been the seat of the mind's eye? Are/were there any cultures that put it elsewhere? This is a very broad question that could potentially involve any culture's mythology, so I guess any concrete example of a story where the mind's eye was placed elsewhere (or the statement that there are none, if that's the case) would constitute an answer.

This answer assumes you are referring to the Third Eye, not the Mind's Eye.

Yes, there are documented instances in other cultures where the seat for the cultural equivalence of the third eye is elsewhere in or on the body. For example, in certain lineages of Buddhism (notable Ch'an or Zen) this function has been said to permeate the body. From the 12th century Blue Cliff Record collection:

Note that this is not a universally held view in Buddhism. In most lineages this feature can reside in different chakras, as it does in Hinduism. In many other lineages this is placed between or just above the eyes, like in Taoism. It is also the predominant location in North and South american cultures.

There are also cultures/mythologies where the eye plays a powerful role even when detached from the owner's body, like in Egyptian mythology. The origin of the wadjet 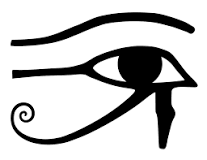 associated with Horus actually goes back on a much older origin story involving the disembodied eye of Atum, the creator deity, which he sent out to find his children Shu and Tefnut who had wandered off. 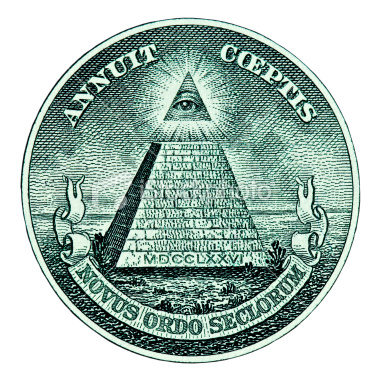 Arguably, the Christian/Freemason Eye of Providence is at least inspired by this legend as it is often depicted on a pyramid.

Not the answer you're looking for? Browse other questions tagged metaphors or ask your own question.