When did the Cross of Saint Peter start being used as a Satanic symbol?

Reading the Wikipedia article it seems unclear to me when the Cross of Saint Peter first became associated with Satanism. What is the earliest occurrence of the upside down cross being used as a Satanic or anti-Christian symbol?

In fact, Wikipedia cites a rock band and movies as the most likely candidate which doesn't make much sense to me.

The earliest one I could find was Eugène Vintras(page only available in french) .

Vintras was a French Gnostic revivalist from the around the middle of the 19th century (1807–1875). He preached the end of the world, and claimed he had received messages from the Archangel Michael and that he himself was a reincarnation of Elijah. Vintras was condemned by the Vatican, and after his condemnation he started using an upside down cross. The mention of this being satanic comes from Éliphas Lévi (an occultist himself) stating that Vintras' inverted cross was "indicative of satanic influences"

Vintras, following further attacks from the Church, adopted the inverted cross as the symbol of the new dispensation of which he was the prophet, inverted because the Reign of the Suffering Christ had been superseded by the Reign of the Holy Spirit of Love. 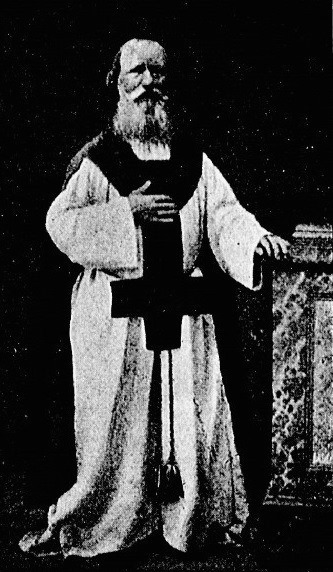 There is also a question similar to yours on the Christianity SE with more sources.

Not the answer you're looking for? Browse other questions tagged christianity or ask your own question.

6
Did Ragnarök influence the Apocalypse of John?
8
How did Christianity come to equate the place of punishment and the place of demons?
5
Why did Christians, who take a huge part of their Bible from Jews, not have to follow the same rules as Jews?
3
Who is the figure holding a cross next to Christ fallen with the cross in the statue at Budapest 2, Pasaréti tér?