What type of god is Semargl?

I’ve read he’s a god of grains and a god of fire but I’m not exactly sure which is from genuine Slavic myths. Much of the information I found is from new age religion sites. 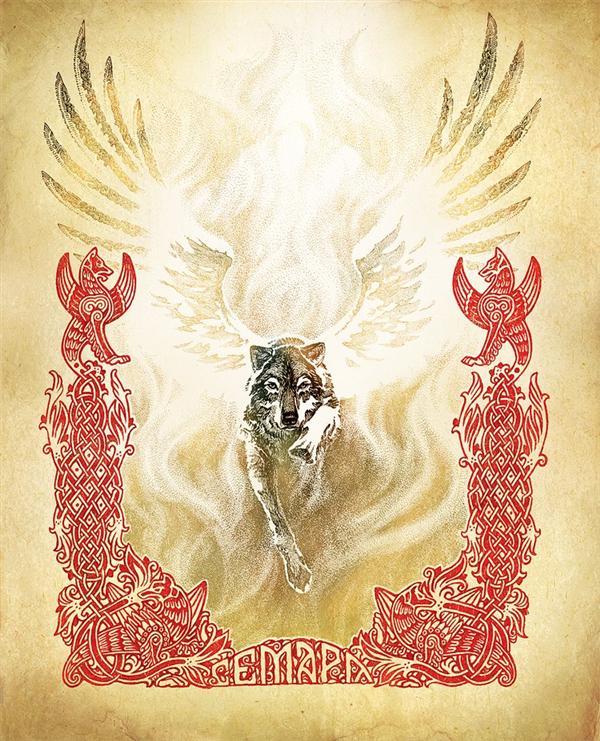 I'm afraid there isn't a lot we know about Simargl. What we do know is that he was part of Vladimir's pantheon, as mentioned in the Russian Primary Chronicle:

Vladimir then began to reign alone in Kiev, and he set up idols on the hills outside the castle with the hall: one of Perun, made of wood with a head of silver and a mustache of gold, and others of Khors, Dazh'bog, Stribog, Simar'gl, and Mokosh'. The people sacrificed to them, calling them gods, and brought their sons and their daughters to sacrifice them to these devils. They desecrated the earth with their offerings, and the land of Rus' and this hill were defiled with blood.

There's also this brief comment from the translators in the notes to the introduction:

Simar'gl seems to be a copyist's combination of the two deities, Sim, a household spirit, and Rogl, a spirit of the harvest.

Wikipedia gives a little bit more information, but unfortunately, the article does not cite any sources:

Simargl or Semargl is a deity or mythical creature in East Slavic mythology, depicted as a winged lion or dog. The Zoryas, solar goddesses who are servants or daughters of the deity Dazhbog, keep Simargl chained to the star Polaris in the constellation Ursa Minor, to prevent him from breaking free and destroying the constellation, and causing the world to end. Simargl is also the father of Skif and the founder of Cythia.

An idol of Semargl was present in the pantheon of Great Prince Vladimir I of Kiev.

It may be the equivalent of Simurgh in Persian mythology, which is also represented as a griffin with a dog body.

6
What is a Planetnik?
8
In what ways did the Rus worship their gods?
7
Link between mythological Czernobog and his hammer