Zombies and ways of stopping them?

I know that there’s a wide variety of zombies. Now my question is what are the versions of them & how are they stopped from attacking the living? Zombies are (now these days) considered mindless undead with (rotting) flesh on them.

For future reference I know that salt is one way of stopping zombies, I would like to know if there’s alternative ways to do so.

Jiang Shi meaning "Stiff Corpse" is a kind of zombie from Chinese Mythology.

The Jiang Shi can be stopped by throwing rice or coins on the ground, as they will not pursue their target until they have picked up all the grains of rice or coins, allowing the target to escape or can be "deactivated" by placing a sacred piece of paper/Taoist talisman on their foreheads.

It is the conventional wisdom of feng shui in Chinese architecture that at the threshold a piece of wood approximately 15 cm high, be installed along the width of the door at the bottom to prevent a Jiangshi from entering the household.

The Ancient Greeks might have been the first civilization terrorized by a fear of the undead. Archaeologists have unearthed many ancient graves which contained skeletons pinned down by rocks and other heavy objects to prevent the dead bodies from reanimating or leaving the grave when they did.

In kamarina in south east Sicily they found a lot of evidence in a cemetery. The town had once been a Greek colony in Sicily, which is now part of modern day Italy and housed a cemetery known as Passo Marinaro that was used from the fifth to the third centuries BC.

In two of the tombs, the skeletons found appear to have been buried in specific ways to keep them in the grave. Their bodies where completely covered by large fragments of amphora. 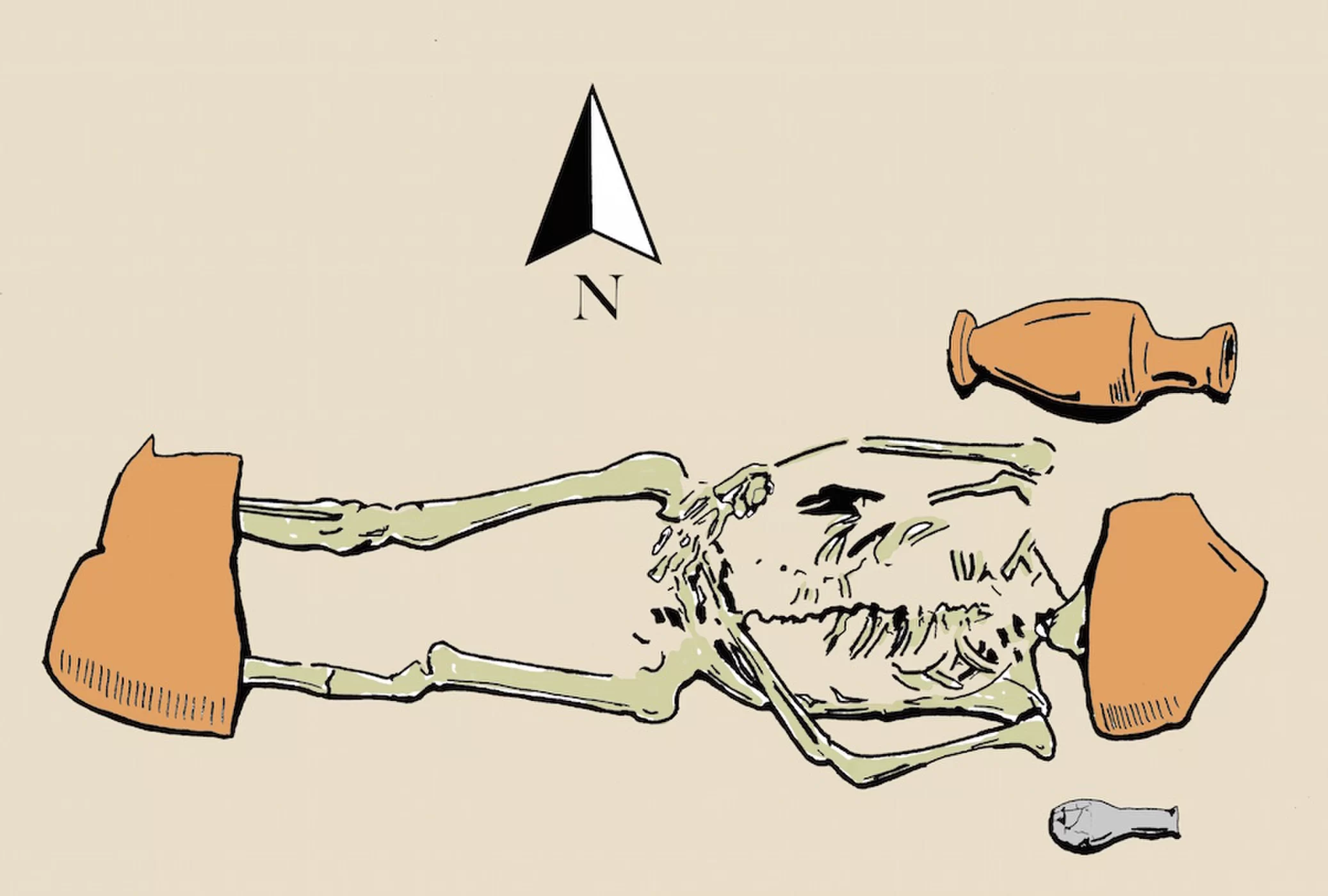 A reproduction of a sketch by Sicilian archaeologist Giovanni Di Stefano of one of the unusual burials. Notice the large amphora fragments on the individual's head and feet. Credit: Drawing by D. Weiss from G. Di Stefano's excavation journals.

Not the answer you're looking for? Browse other questions tagged mythical-creatures folklore zombie or ask your own question.

16
Is there a connection between the use of the metaphor "black dog" for depression and the black dog of British folklore?
6
What were the origins of the Santa Lucia processions in Sweden featuring candle-wearing Lucia and the cone-capped star boys?
7
Anglo-Saxon and Faeries
5
Historic-geographic spread and variations of the children's rhyme "My friend Billy had a 10-foot willy"
5
Did tales about a house made of sweets predate Hansel and Gretel?
2
A unified understanding and description of a "spirit"?
7
What is the specific term for those creatures that exist because people believe in them?