If any Ancient Egyptian Texts exist as Hieroglyphics in Online Documents

Wondering if anyone has copied any Ancient Egyptian texts such as this into Unicode Hieroglyphs or something similar, rather than English translations. Or if not, if there are photographs of the original Egyptian hieroglyphic texts.

Here is a compilation of various resources to learn ancient classical Egyptian (aka Middle Egyptian) and a selection of various corpus to read. NB: The texts and resources I am quoting here and purely in hieroglyphics, you will not find here hieratic (the "cursive form" of hieroglyphs) or demotic. Also, notice you can learn with them Classical Egyptian, with tackling a little bit from your side, old Kingdom stuff, but Ptolemaic writing will be barely accessible, the one in hieroglyphics, I mean here.

Friendly warning: While they are still widely used by internauts, FORGET Wallis Budge books... Forget them. They are WAY too old. Way way way. Any of Wallis Budge's books, his one on hieroglyphs or his old translations. Forget them.

As you can see, resources are PLENTY. Egyptian is a tough language, very tough, its writing system a pain. But there are tons of excellent resources to study it.
And forget anything written by Wallis Budge. I told it, mentioned it. I am repeating it. They even made fun of the fact Wallis Budge's books are still in print in the old movie Stargate!!!

and the Thesaurus Linguae Aegyptiae

As for transcribed texts, consider that there were mainly two word processors used in the last decades to transcribe hieroglyphs: JSesh and Winglyph (the latter seems to be discontinued).

The reason I'm mentioning this: Unicode transcription is fairly recent, and most transcribed texts will still be in JSesh (.gly) format, which uses a classification notation system called Manuel De Codage (MDC). The classication is used in dictionaries such as Middle Egyptian Dictionary.

For example, the text on the Stargate Cover Stone is: 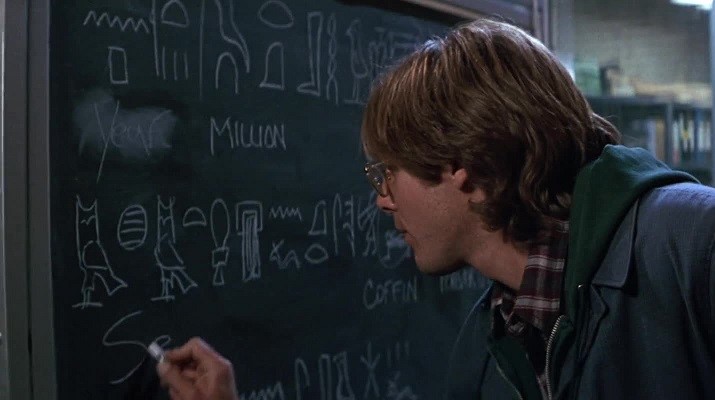 In JSesh, we would write this as:

If you open this notation in JSesh, it looks like this: