Did Korean Queen Heo Hwang-ok Exist and was she Indo-Aryan or Tamil?

This question has two parts.

Is there any evidence that Queen Heo was a historical figure and not just a legend?

Is there any proof that her tomb in Korea really houses her body?

Does she appear in the Samguk Sagi or any other historical records?

Is there any archaeological or other tangible evidence for her existence?

2. Where did she come from?

Is it more likely that she was Indo-Aryan or Tamil (or Thai)? 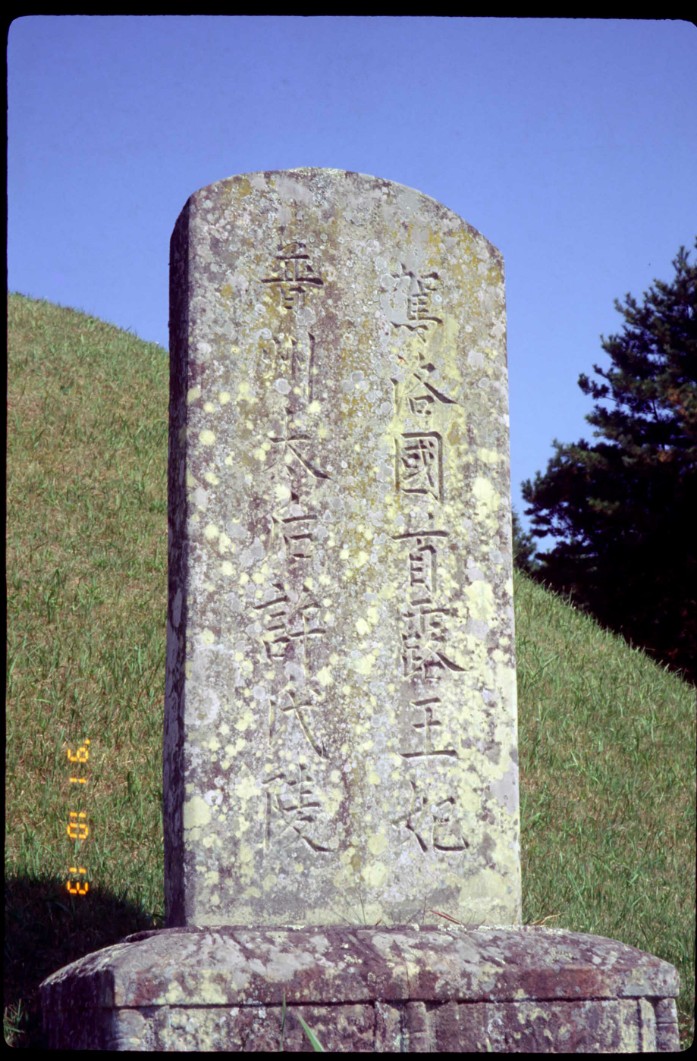 According to the 13th Century Samguk Yusa (Memorabilia of the Three Kingdoms) Chronicle she was a Princess of the "Ayuta Kingdom", said to be a distant country.

It is commonly (and officially) held to refer to Ayodhya, India, but there are no records of this foreign voyage and marriage in Indo-Aryan history. This theory is based on 1. phonetic similarity, and 2. the twin fish symbol, but both theories don't seem to hold up.

In ancient times the city was called Saketa, not Ayodhya, but the later name did exist in Medieval times when the Chronicle was written. 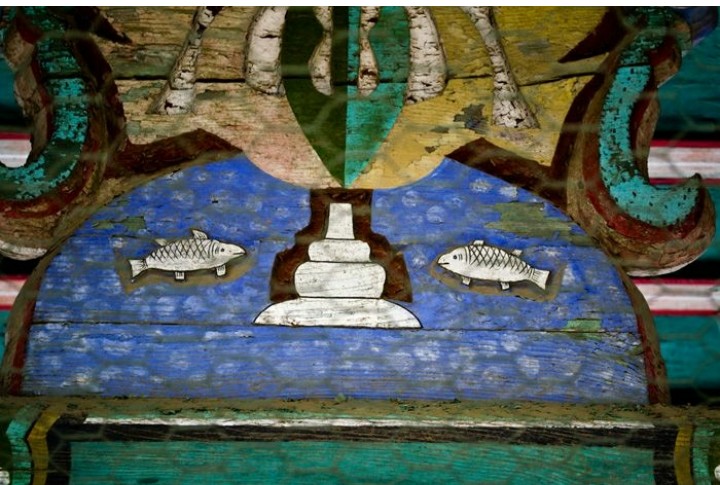 The twin fish symbol, as seen here on a gate to the tomb of King Suro, was used as the emblem of his descendants the Gim clan of Gimhae. 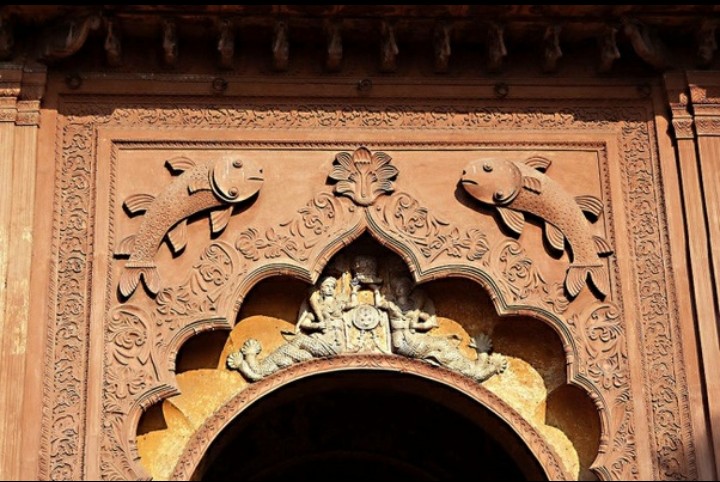 The Indian state of Uttar Pradesh (which includes the city of Ayodhya) uses twin fish symbology but: 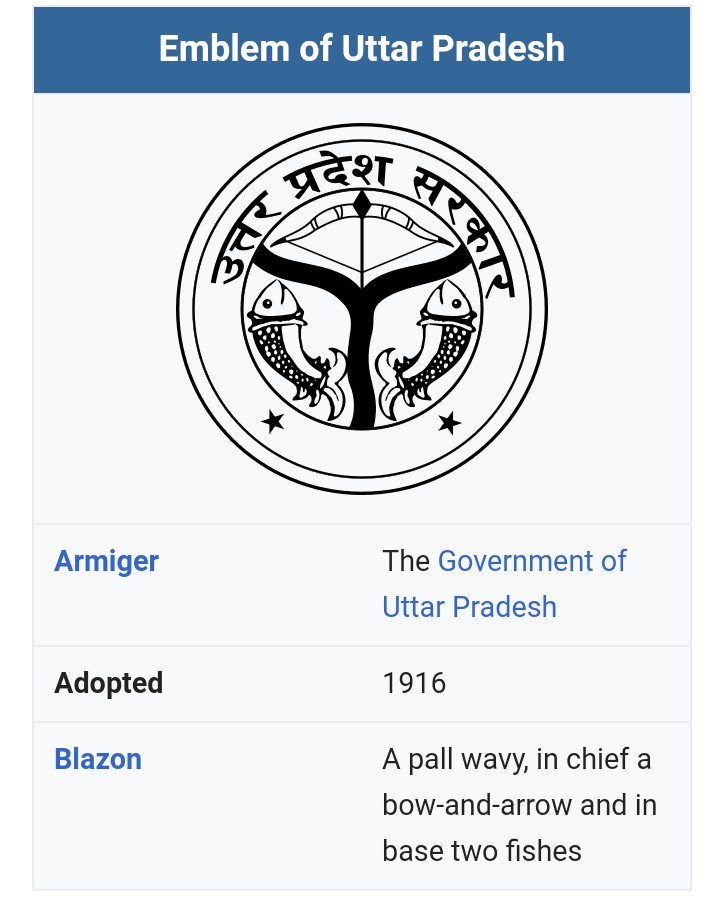 This Emblem of Uttar Pradesh was designed in 1916 by the Royal Society in the United Kingdom for the (then) United Provinces of Agra and Oudh, and the pair of Matsya fish represented the former Muslim rulers of Oudh. 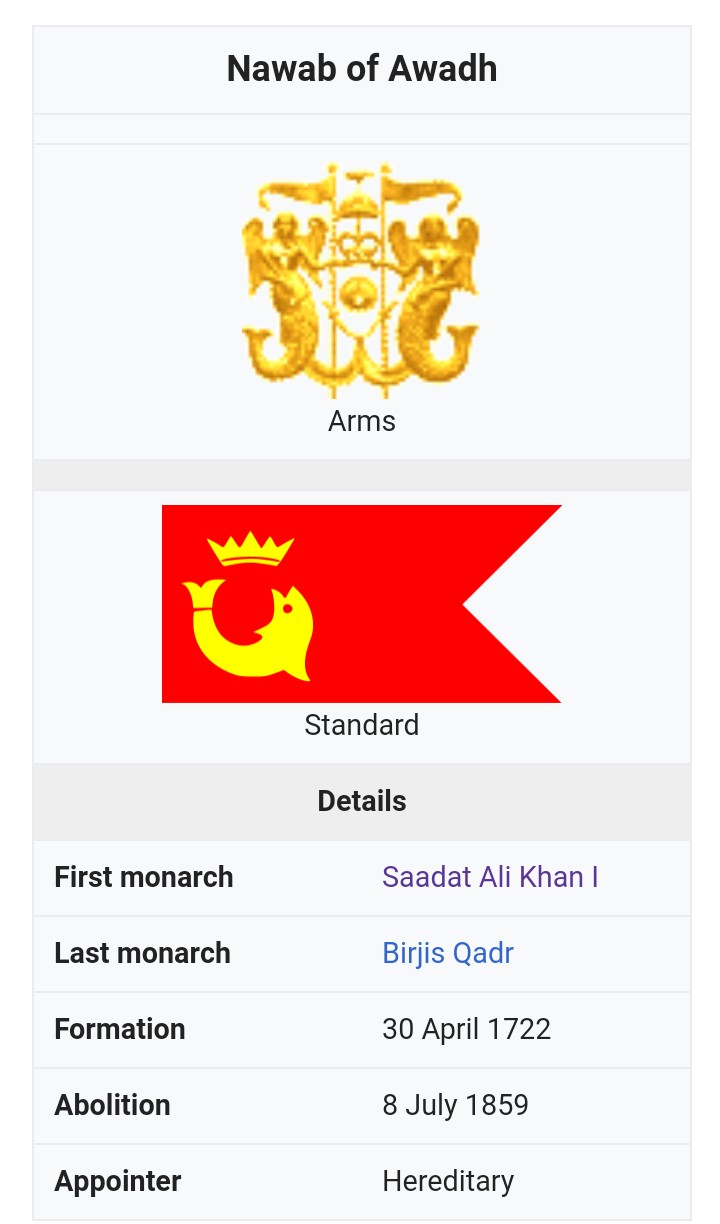 So that theory of Indian (Indo-Aryan) origin seems fundamentally flawed.

There are two other theories as to her origin. Either that she came from the Ayutthaya Kingdom of Thailand -- another theory that seems flawed because the Thai city was not founded until 1350 CE, after the composition of Samguk Yusa.

Or that she was Tamil, from Ayi, a vassal state of the Pandya Kingdom in present-day Tamil Nadu, India. The area is today's Kanyakumari.

The ancient Tamil Pandyan Dynasty ruled from 300 BCE–1650 CE and had a Twin Fish Flag and Emblem: 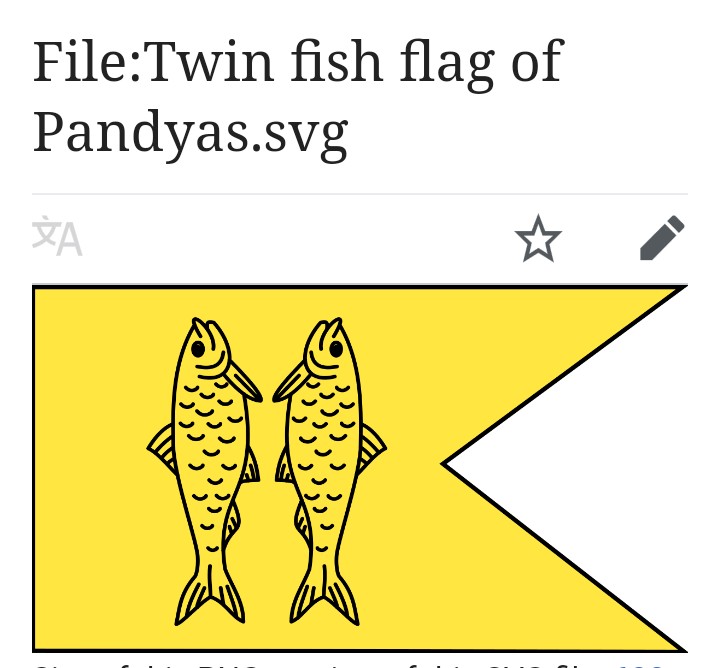 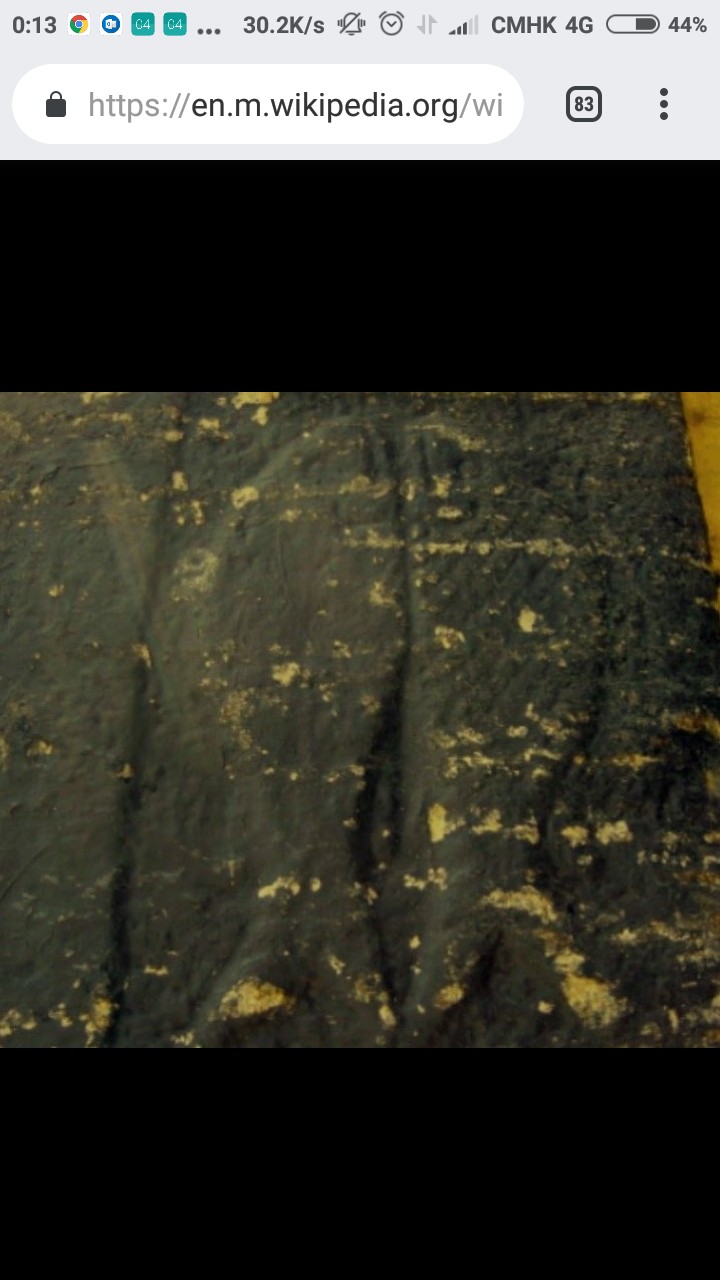 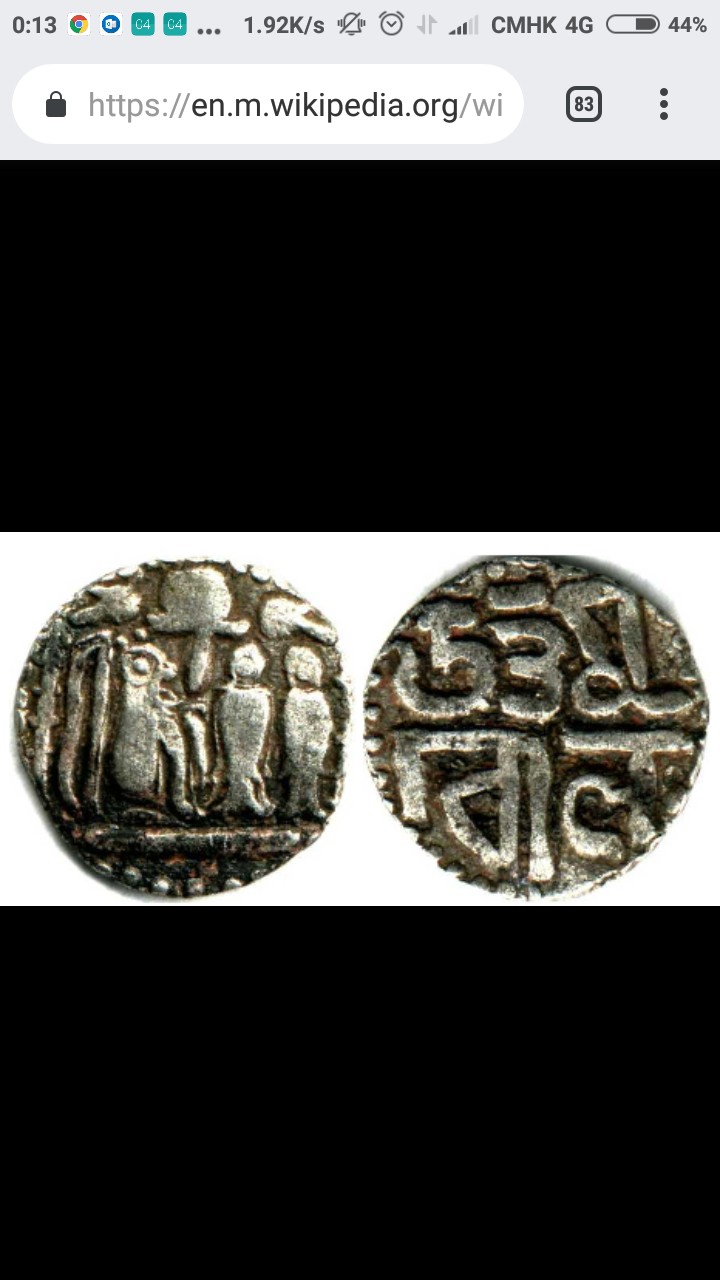 Kanyakumari is said to have been called Ayuta in ancient times, and the Tamil and Korean language and cultures are said to have commonalities.

It seems most likely to me that the Tamil theory is the strongest.

Was she Tamil or Indo-Aryan?

There are quite a few interesting Quora discussions on the topic: Such as this.

An interesting mitochondrial DNA test from the Royal Gaya tombs is talked about in this article (source, kindly provided by sempaiscuba◊), showing maternal DNA traceable to South or South East Asian ethnic groups like Indian, Malaysian or Thai.

“Archaeological evidence indicates that the people of Tamna [of Jeju Island just under the Southern tip of the Korean Peninsula] were engaging in active trade with Han Dynasty China and Yayoi Japan, South-east-asian nations, with the Tamil Chola dynasty, as well as mainland Korea, by the 1st century AD.” So Tamil-Korean trade links have existed from ancient times.

This page showing her tomb mentions expansions on the tomb including that "with the Tomb of King Suro, the tomb area was expanded in the 28th year of King Sejong’s reign (1446) to include several auxiliary buildings" and that "records indicate that the tombs were robbed over a century later during the Imjin War (Japanese Invasion, 1592-1598)" and "a headstone and stone tablets erected in 1647 (25th year of King Injo’s reign)".

Queen Heo is legendary, but not necessarily mythological.

Heo Hwang-ok is a legendary queen mentioned in Samguk Yusa, a 13th-century Korean chronicle. According to Samguk Yusa she became the wife of King Suro of Geumgwan Gaya at the age of 16, after having arrived by boat from a distant kingdom,1 making her the first queen of Geumgwan Gaya. According to some Korean historians there are more than six million present day Koreans, of which the majority are from Gimhae Kim clan with surnames Heo and 이 (Lee/Yi) that trace their lineage to the legendary queen. Hao Hwang-ok

However nobody knows much about her, and several Korean historians believe her to have been an Indian princess

Based on the phonetic similarity of Ayuta with Ayodhya in India, several Koreans believe Heo Hwang-ok to be an Indian princess. Memorial in Ayodhya

I'm leaning towards queen Heo-Hwang-ok being of Tamil decent for the above reasons, I hope that was helpful.

Not the answer you're looking for? Browse other questions tagged korean or ask your own question.

3
What was the parentage of the Korean King Suro?
3
What species of tree is meant in the Dangun myth of Korea?