I have this necklace that I bought at antique shop long ago and I’ve had no luck with identifying what the creature may be. Does this happen to look familiar to anyone? 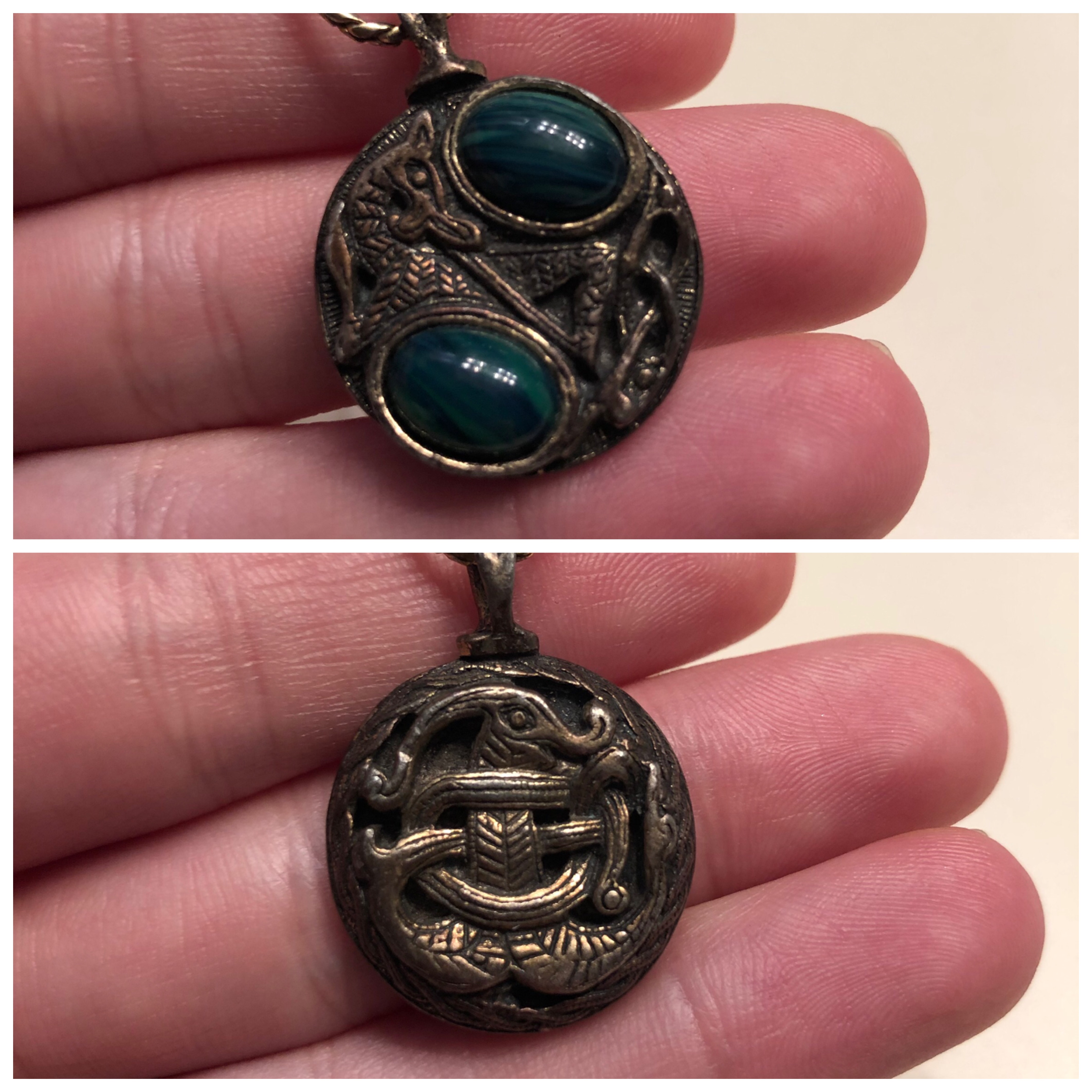 Since this is a modern piece of jewelry, it's going to be hard to give any answer other than "the whim of the artist". However, the interwoven animal motifs make me think this is inspired by Viking art.

My modern eyes see the animal heads as canine, but they most resemble dragon heads appearing in this article.

Here is detail from the prow of a Viking ship, famous for having carved dragon heads: 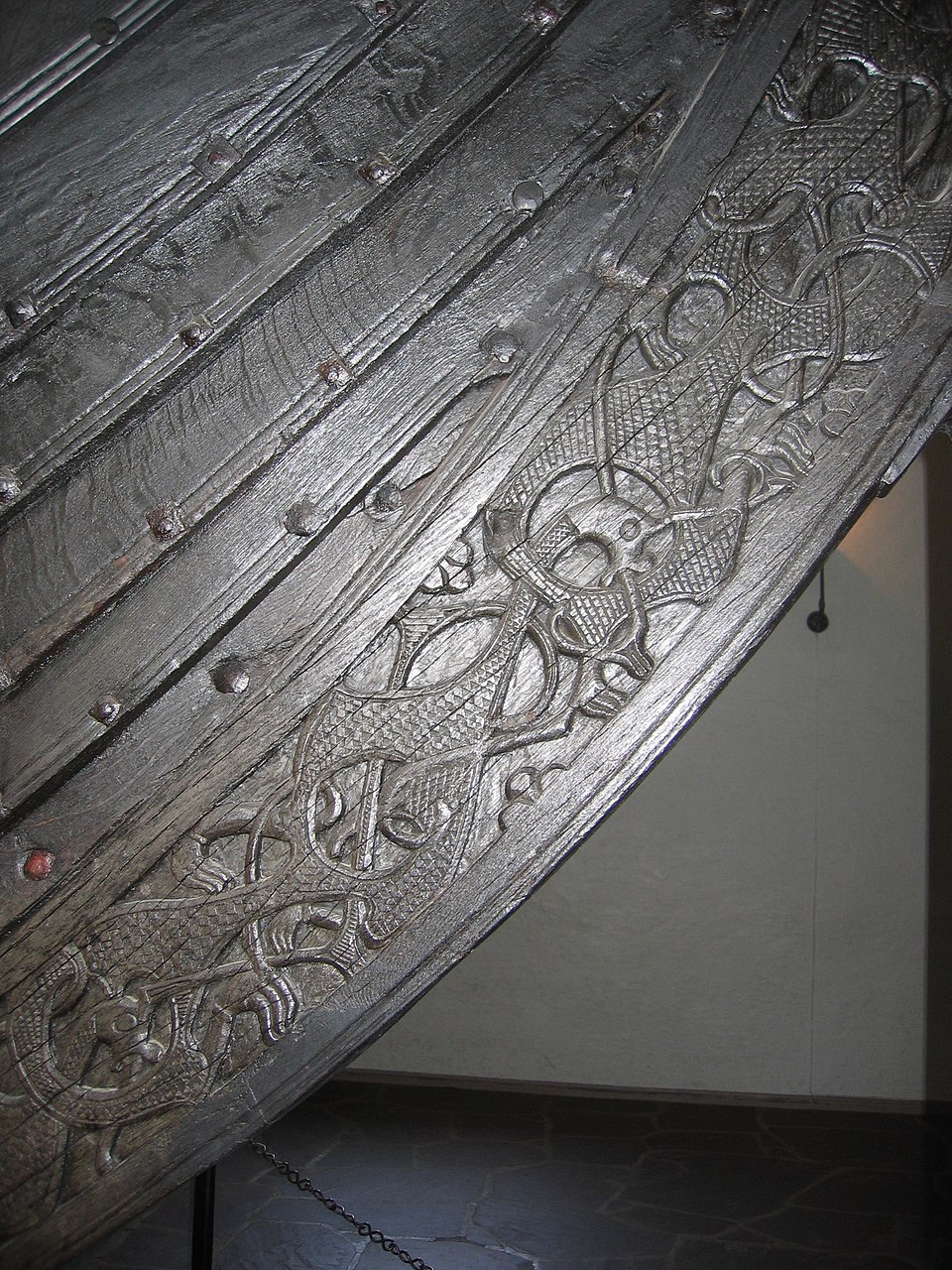 I don't know; they could be dragons but also seahorses.

This was also seen in Anglo-Saxon art such as this stone carving, where someone has colored the image to show the tendrils: 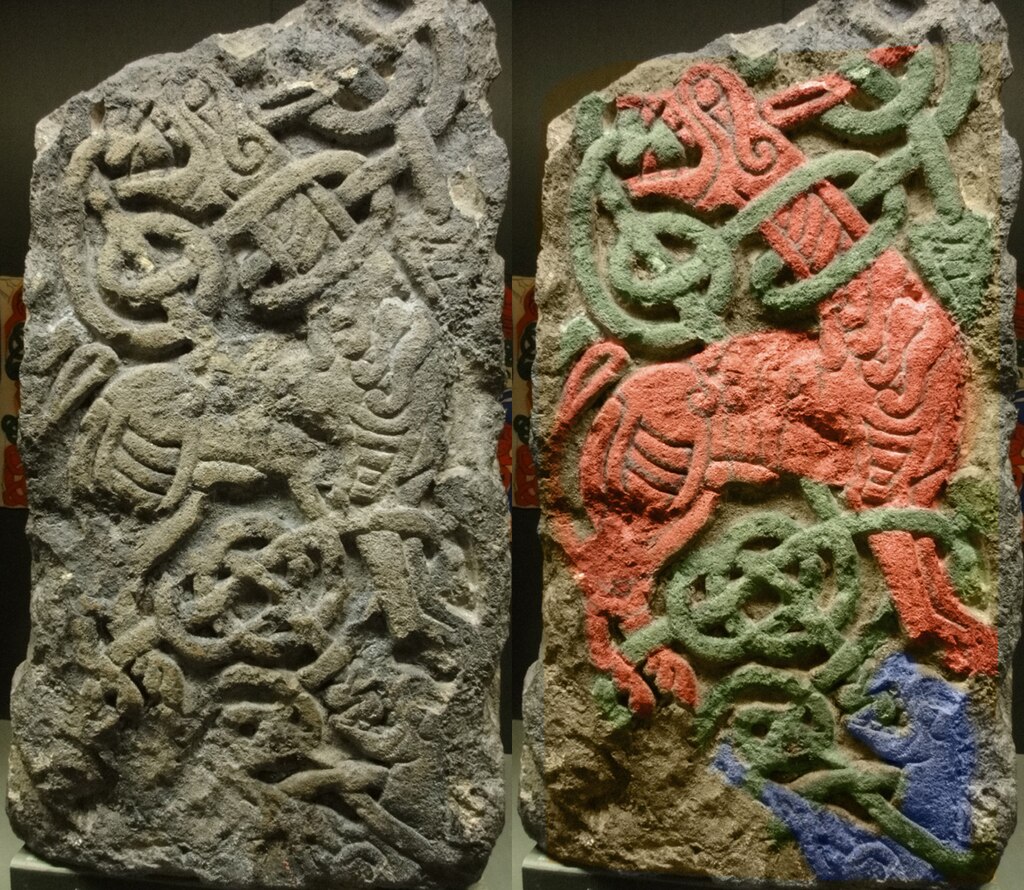 If you do a Google image search for "norse dragon" you will see all sorts of Viking-inspired art by recent artists, of varying quality (and varying taste -- be forewarned, you can't unsee some of it), but you will also see more examples of ancient Norse carving of this sort.

The dragon like head and long coiling body suggest Jörmungandr the world serpent.

It could also be Nidhogg, the dragon which gnaws on the roots of the world tree.

Not the answer you're looking for? Browse other questions tagged norse myth-identification mythical-creatures roman persian or ask your own question.

13
What is this myth: elderly couple unwittingly feed gods, changed into tree
22
Prevalence of Underwater Panther
10
How are Norse and Celtic mythology related?
4
What is this symbol on my necklace?
4
Creature that feeds off personal attachment?
3
Are these images of identifiable pre-Columbian mythic entities?
0
Identifying a mythical creature
5
Need help identifying creature or character