What is the relationship between Thor and storms?

We all know Þórr means thunder and that Mjǫllnir may possibly mean lightning, however, in all the texts I've read, there isn't a single mention (or at least not a relevant one) of a connection between the mighty God and lightning bolts. I know that there was an association between him (actually *Þunraz, I think) and Jupiter, which is shown in the week days in most romance languages (such as in italian "giovedì "[Jupiter's day]) and most Germanic languages (such as english "Thursday") -- the famous interpretātiō germānica. Did the norseman believed that Thor, during the Viking Age, was really a storm-related God or was it a belief that vinished through time and is reserved to *Þunraz?

"Thor, they say, presides over the air, he governs the thunder and lightning. the winds and rains."

The Norse believed that during a thunderstorm, Thor rode through the heavens on his chariot pulled forward by the goats Tanngrisnir ("gap-tooth") and Tanngnjóstr ("tooth grinder"). Lightning dashed whenever he threw his hammer Mjölnir.

You can get some good information about the viking age from this treatise. Wikipedia to Gesta Hammaburgensis Ecclesiae Pontificum.

In the Netherlands Thor is called Donar (West German Thor), and his story is that when there was a thunderstorm Donar rode his chariot across the sky while slamming his hammer against the clouds and by the power of his hits producing lightning.

Note that Donar slams the clouds and does not actually throw his hammer. 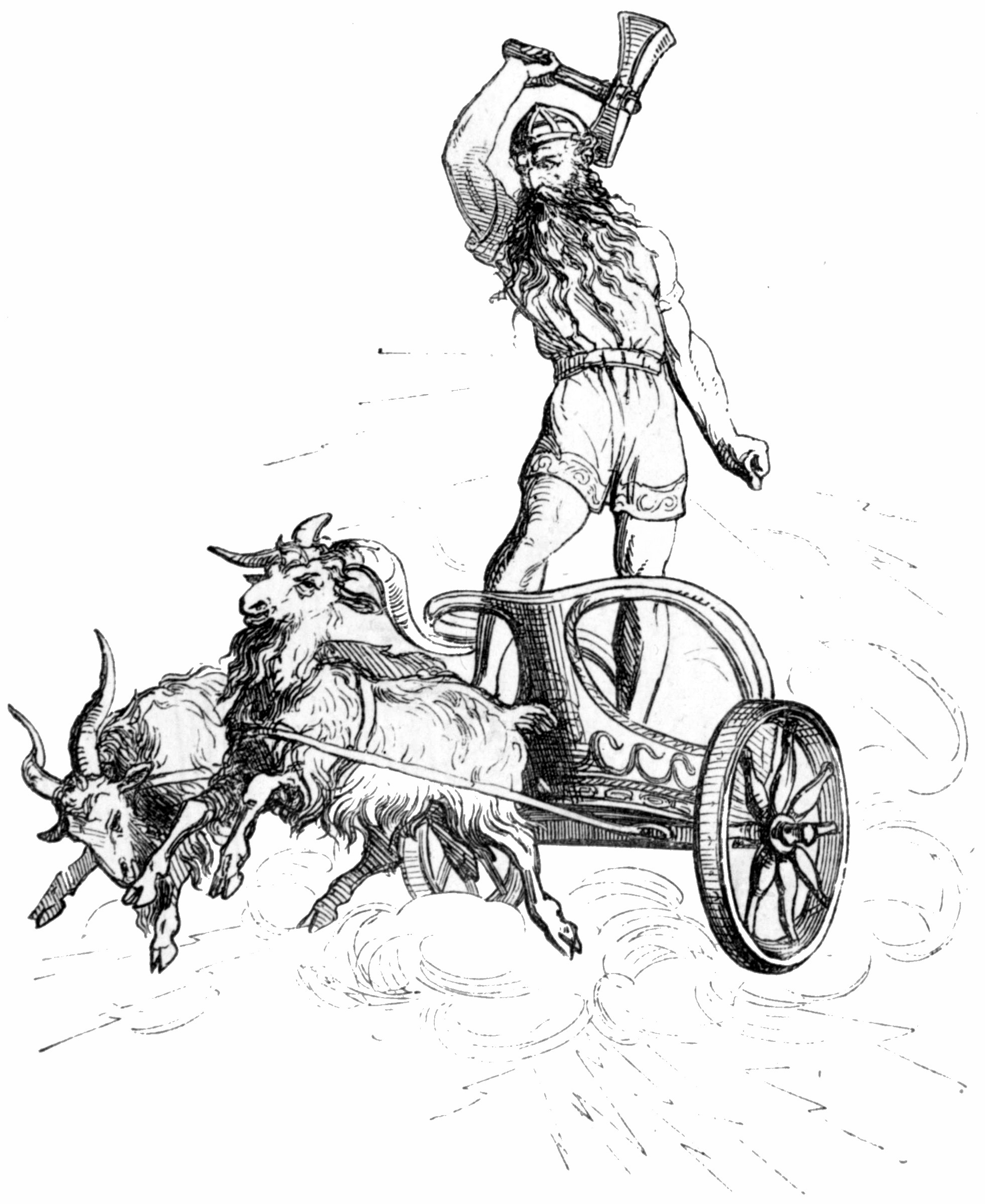 Not the answer you're looking for? Browse other questions tagged norse roman thor mjolnir or ask your own question.

19
What is the story behind Thor wearing a wedding dress to get Mjölnir back?
9
What are the differences between fauns and satyrs?
6
Did Ragnarök influence the Apocalypse of John?
7
Can Thor fly in Norse mythology?
7
Destruction of the universe by fire in the Ancient Greek canon?
12
What kind of offerings did worshipers make to Thor?
5
Does Thor use an axe and/or sword in the Myths?
5
Thor and Bifröst
3
In what ancient source, if any, does the infant Hermes disguise himself as Ares?