Issues with the temporality of Heracles

When I was in Greece recently, almost everyone I met (writers, politicians, common people) believe that Heracles was a real person. One of Hippocrates' forefathers was Heracles (from his mother's lineage) -- according to ancient sources, they say.

The name and image of Heracles seems to be found everywhere, including in archeological findings, ancient texts, oral folklore.

Also, some ancient towns or villages bear Heracles' name in Europe. Could we approximate when this mythological figure lived in reality?

A Euhemerist reading of the widespread Heracles cult was attributed to a historical figure who had been offered cult status after his death. Thus Eusebius, Preparation of the Gospel (10.12), reported that Clement could offer historical dates for Hercules as a king in Argos: "from the reign of Hercules in Argos to the deification of Hercules himself and of Asclepius there are comprised thirty-eight years, according to Apollodorus the chronicler: and from that point to the deification of Castor and Pollux fifty-three years: and somewhere about this time was the capture of Troy."

Readers with a literalist bent, following Clement's reasoning, have asserted from this remark that, since Heracles ruled over Tiryns in Argos at the same time that Eurystheus ruled over Mycenae, and since at about this time Linus was Heracles' teacher, one can conclude, based on Jerome's date—in his universal history, his Chronicon—given to Linus' notoriety in teaching Heracles in 1264 BCE, that Heracles' death and deification occurred 38 years later, in approximately 1226 BCE.

As to the town names, the name Herakles (Pride of Hera) is still in use as a first name in many European languages influenced by either Greek or Latin: 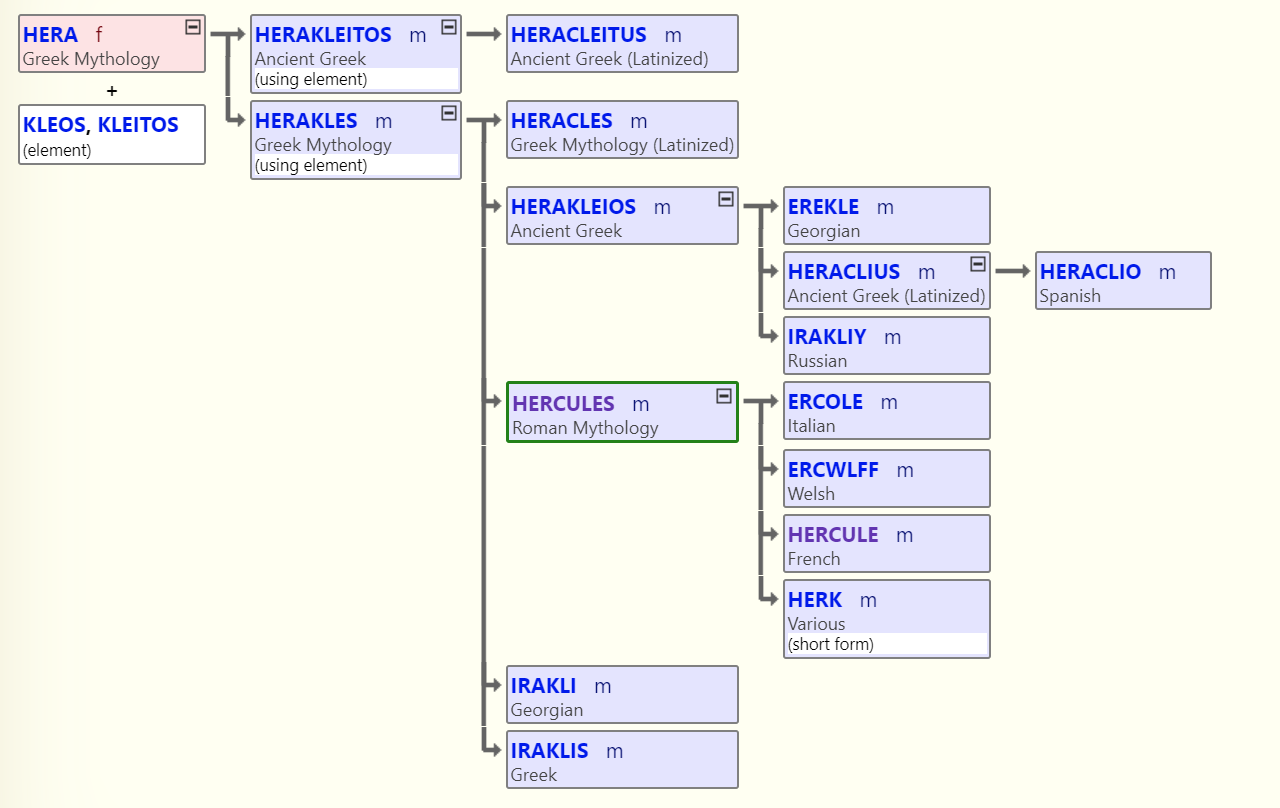 Naming places after people has been a common practice throughout history. It stands to reason not all Herakles-named places originate from a singular person, mythological or not.

Not the answer you're looking for? Browse other questions tagged greek hercules mythohistory trojan-war or ask your own question.

15
Why is Heracles named after Hera if she hated him so much?
7
Was Eurystheus a lover of Heracles? Did Heracles have any other male lovers?
17
Was there a significant transformation of the Heracles mythos from Homeric times to classical times?
11
Why did Heracles transform into a fawn, during the gods flight to Egypt?
12
Is it Heracles or Herakles?
5
Why is Heracles in the Underworld?
4
Why did Hades let Heracles rescue Theseus?
2
Is it possible that the Heracles myths are a compilation of stories from multiple cultures?
4
What was Apollo's reason for siding with the Trojans?
5
Is there a myth were Heracles chooses duty over pleasure?