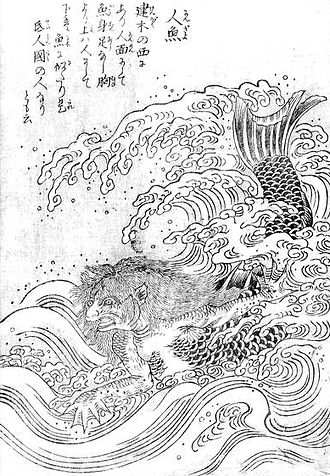 The cecaelia is a newly created word dating from 2007, inspired by modern depictions of octopus mermaids like Ursula from the Little Mermaid. The word is a distortion of a similar comic book character named Cilia. So technically, there are no legends or original names.

25
Are Kitsune and Huli jing the same?
16
Does Iroquois legend tell where the Sky People came from?
2
A unified understanding and description of a "spirit"?
10
What more uses are there for dragon parts?
6
Were there ever any Kitsune considered to be Hero's or Protagonists of a story?
2
Other names for Drákaines?