Are There Biblical References to Good Magic?

I believe in God and Christianity and have had this question for a while. Are there scriptural references to good magic outside of heavenly miracles or priesthood? I know there are many stories of (evil) witchcraft, demons, and stuff but I am unable to find it being used by and for good. Please provide scripture references if any examples are found.

It's always hard to prove a negative but I'm gonna try.

The bible is full of verses explicitly telling the reader that magic, sorcery, necromancy or divination is not allowed and should not be practiced by the faithful as well as urging them to do something about it.

There is a site called openbible in which you can search for specific keywords in the scriptures, these scriptures can then be read in order on biblegateway. I used this site to get about a 100 different mentions of wizardry, sorcery and witchcraft, and every single one denoting that it is sinful or should be reported, stopped or ignored.

“Do not turn to mediums or necromancers; do not seek them out, and so make yourselves unclean by them: I am the Lord your God.

“You shall not permit a sorceress to live

There shall not be found among you anyone who burns his son or his daughter as an offering, anyone who practices divination or tells fortunes or interprets omens, or a sorcerer or a charmer or a medium or a necromancer or one who inquires of the dead, for whoever does these things is an abomination to the Lord. And because of these abominations the Lord your God is driving them out before you.

The good magic in the bible are called miracles and signs, this can do the same (or more) as magic but is purer since it comes from God him/herself. In Acts, Simon is a great magician and everyone in the city said “This man is the power of God that is called Great”.

After Simon himself is baptized he was amazed with the signs and miracles performed by Philip, showing that Simons power was less than that of God.

But there was a man named Simon, who had previously practiced magic in the city and amazed the people of Samaria, saying that he himself was somebody great. They all paid attention to him, from the least to the greatest, saying, “This man is the power of God that is called Great.” And they paid attention to him because for a long time he had amazed them with his magic. But when they believed Philip as he preached good news about the kingdom of God and the name of Jesus Christ, they were baptized, both men and women. Even Simon himself believed, and after being baptized he continued with Philip. And seeing signs and great miracles performed, he was amazed.

Magic is seriously frowned upon in the bible and actively mentioned to be bad and a direct route to the lake of fire.

But as for the cowardly, the faithless, the detestable, as for murderers, the sexually immoral, sorcerers, idolaters, and all liars, their portion will be in the lake that burns with fire and sulfur, which is the second death.”

From the introduction of THE DEPICTION OF MAGIC IN RABBINIC TEXTS: THE RABBINIC AND THE GREEK CONCEPT OF MAGIC: 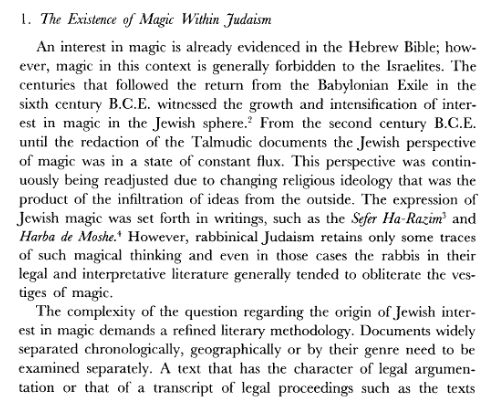 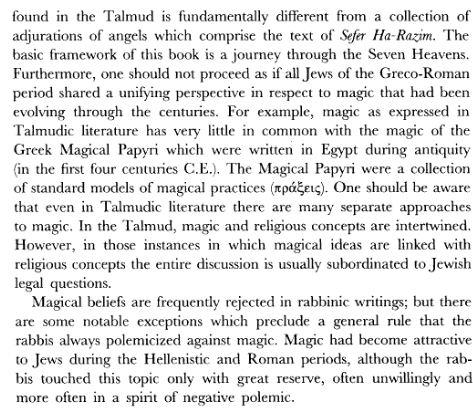 26
Why is the story of Odin hanging from Yggdrasil so similar to that of Jesus on the cross?
5
According to Biblical account, why fallen angels' offspring are giants? Or are they egg-born?
8
How did Christianity come to equate the place of punishment and the place of demons?
0
What is sympathetic magic?
11
Did Bedwyr (Bedivere) ever have dark magic?
4
Definitive text on special stones
1
What Christian influences are there in the Prose Edda, besides the prologue?
0
Scientific inquiries into magic & the paranormal?