What is the origin of the Japanese Kodama?

One of Studio Ghibli's (excellent) films, named Princess Mononoke, has depictions of kodama: 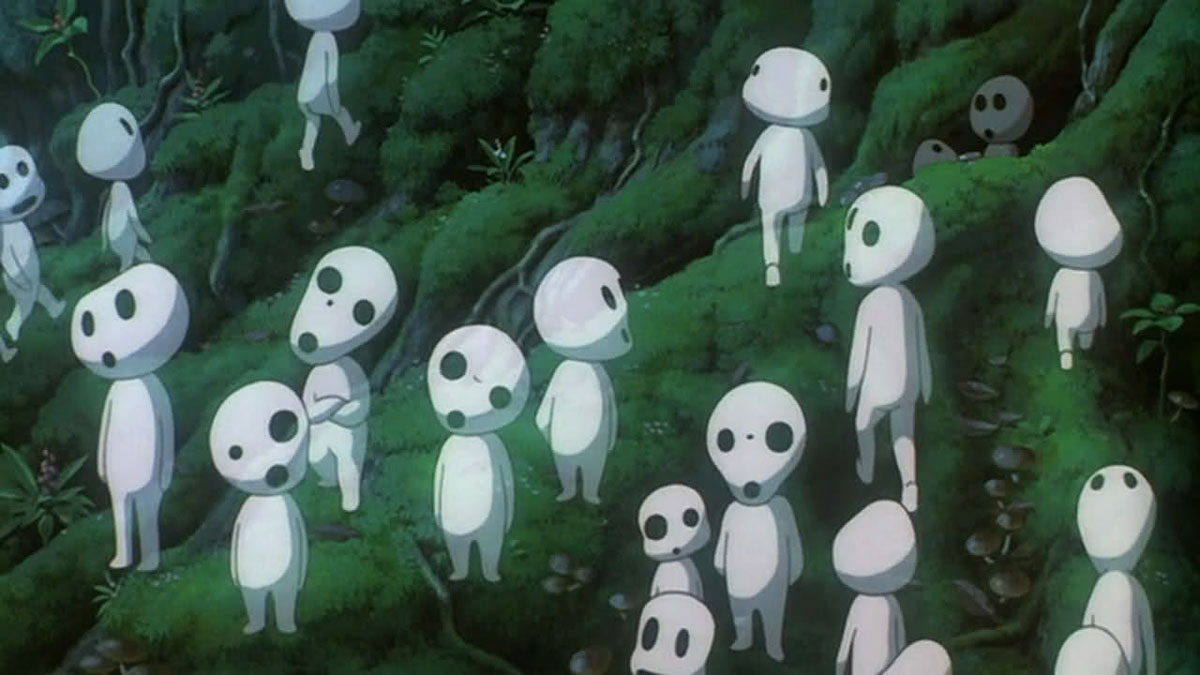 In Japanese folklore, kodama are tree spirits that inhabit trees that are older than 100 years.

In the collection of yōkai depictions, the Gazu Hyakki Yagyō by Toriyama Sekien, under the title 木魅 ("kodama"), an aged man and woman are depicted standing alongside the trees, and here it is stated that when a tree has passed a hundred years of age, a divine spirit would come dwell inside it, and show its appearance.[6]

This depiction mentioned here is this: 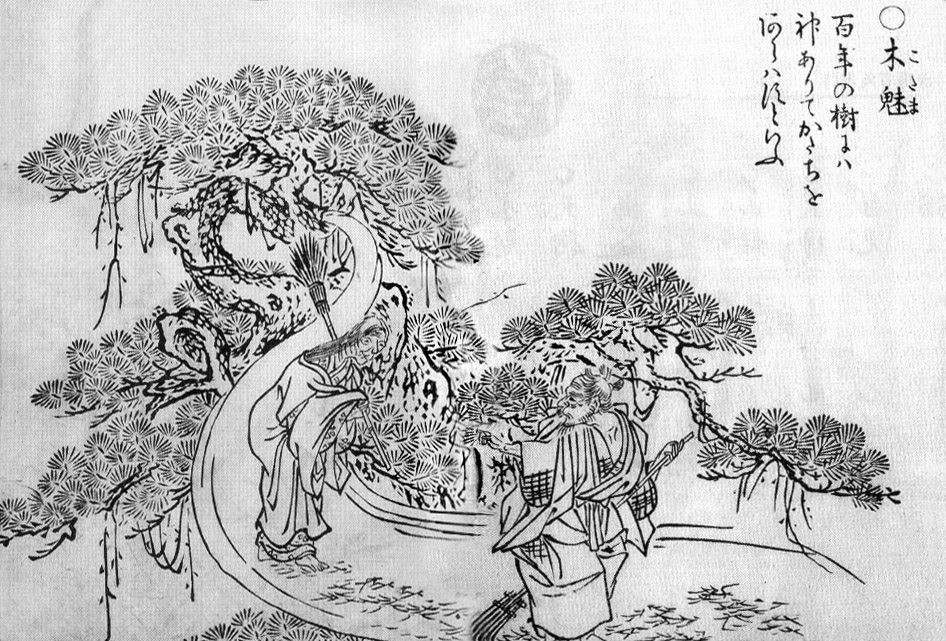 What the Wikipedia article does not answer, possibly doesn't even touch on, is the origin of the kodama. I have two very related questions on this matter:

In essence, what is the original myth? and where did they come from?

One of my favourite Japanese myths. According to the 百物語怪談会 Hyakumonogatari Kaidankai webpage Kodama – The Tree Spirit,

In ancient times, kodama were said to be kami, nature dieties that dwelled in trees. Some believed that kodama were not linked to a single tree but could move nimbly through the forest, traveling freely from tree to tree.

However, it seems that the sounds of the forests were related to the kodama:

But they were also a sound. Echoes that reverberated through mountains and valleys were said to be kodama. The sound of a tree crashing in the woods was also said to be the plaintive cry of a kodama. (In modern times this mountain echo is associated with the yokai yamabiko and not with kodama).

In ancient times, their form was either considered to be invisible or indistinguishable from the trees themselves.

The oldest known reference is from the 10th century CE (Heian period) in the Wamuryorui Jyusho (和名類聚抄; Japanese Names for Things; written 931 – 938 CE), this was a dictionary of sorts:

listed 古多万 as the Japanese word for spirits of the trees. Another Heian era book, Genji Monogatari (源氏物語; The Tale of Genji), uses木魂 to describe kodama as sort of tree-dwelling goblin. Genji Monogatari also uses the phrase “either oni or kami or kitsune or kodama,” showing that these four spirits were thought to be separate entities.

During the Edo era, the kodama became 'humanised' and even stated that they could change their form to be human.

Not the answer you're looking for? Browse other questions tagged japanese origins or ask your own question.

19
Do we know of the existence of Japanese mythological texts that predate the Kojiki?
11
How are Japanese emperors related to Amaterasu?
6
Who was the ruler of the Japanese Yomi?
7
Storybooks about Japanese Mythology?
10
Japanese Trickster Demons
11
What is the Japanese human origin myth?
6
Japanese god of tea
1
What inspired the story of The Sinai Event and what other stories did it inspire?
5
What is the origin of the Grim Reaper?
5
What is the origin of a common Christmas tree quotation concerning an old Babylonish fable about an evergreen tree?