In Geoffrey of Monmouth's Vita Merlini, Merlin discussed past (and future) British history. He goes on at great length about the time of Arthur, describing some of his later exploits after defeating "a pagan people from Angla" with the help of Hoel, king of Brittany:

"Soon after this struggle he subdued the Scots and, changing the direction of his campaign, the war-like Irish. He overcame all nations in the expeditions he led. He brought into subjection both the Norwegians who lived far across the broad seas and the Danes whom he sought out with his dreaded fleet.

"He brought the people of France under his rule after killing Frollo, to whose care the country had been committed by those in power at Rome. He even fought and defeated the Romans themselves when they were preparing a campaign against his kingdom. He killed the procurator Lucius Hiberius, who had become the colleague of Emperor Leo and had come on the Senate's orders to bring the French territories back under its authority.

"During this time the faithless and foolhardy guardian of our realm, Modred, had begun to take over the kingdom and to carry on an unlawful love affair with the king's wife. The king, it is said, had entrusted the kingdom and the queen to Modred's care when about to leave on a campaign against his enemies overseas. When the report of this great crime reached his ears, he gave up his intended campaign and returned home, landing with many thousands of men. He attacked his nephew and drove him abroad in flight. There this man of treachery gathered Saxon troops from all quarters and began a battle against his prince. But he was tricked by the evil race on whom he had relied in his large enterprise, and he was killed.

And, of course, after being taken to Avalon soon after being wounded during the battle in which he killed his nephew,

Merlin then talks about how "the two sons of Modred" fought each other for the crown and killed each other, which made the time ripe for Arthur's nephew, Constantine, to become king, shortly after Arthur's death.

Merlin is then interrupted by retainers, and never (it appears) finishes his story - if he intended to say any more, that is.

Obviously, Arthur's empire did not last. Did Geoffrey of Monmouth ever elaborate on how long it lasted?

As a follow-up question, does he specify why it crumbled (though I think the answer is rather clear)?

Supposedly, the story is also written in Geoffrey's Historia Regum Britanniae, though I have not yet read it.

According to most versions of the myth, the reign has not ended.

No version explicitly states how long the physical reign of Arthur lasted. That is almost certainly deliberate, in order to maintain some mysticism. There are no texts that give an age for Arthur or any of the other protagonists at Camlan or after.

Malory is the best known source that describes Arthur as Rex Quondam Rex Futurus - The Once And Future King. This is also evidenced on his tombstone at Glastonbury, although of course some doubt its authenticity. This indicates that the spiritual reign continues, even if the physical reign has been suspended.

The myth as it is still known in the West Country is that Arthur will rise again from Avalon in England's hour of greatest need and save the day. 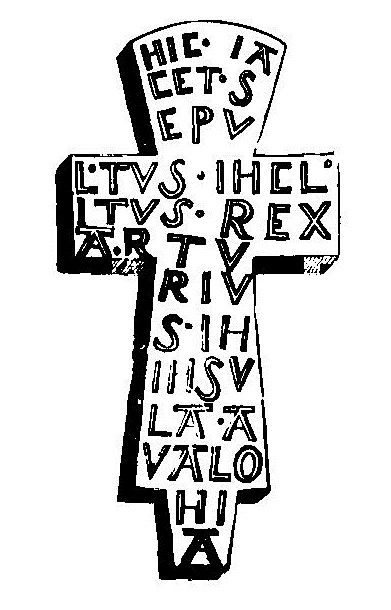 Not the answer you're looking for? Browse other questions tagged welsh arthurian vita-merlini or ask your own question.

20
Do Arthurian scholars or other original Arthurian legends agree with Geoffrey of Monmouth's depiction of King Arthur's death?
18
Who was Arthur's sword, Excalibur, returned to?
11
Why did Arawn choose Pwyll to fight Hafgan, king of Annwfn?
13
Why did the Lli and Archen rivers flood, separating Ireland and Britain?
11
Why was Bendigeidfran's head buried facing France and not Ireland?
9
Why did King Kilydd conceal his son from his wife?
11
In Vita Merlini, what did Merlin attribute his power of prophecy to?
8
Did the Green Knight fight Gawain against his will?
11
Did Bedwyr (Bedivere) ever have dark magic?