Who were the Cimmerians, the Hyperboreans, and the Ethiopians? Were they races of men or something else?

Who were the Cimmerians, the Hyperboreans, and the Ethiopians mentioned in Greek mythological texts? Were they races of men or something else? The Cimmerians lived in endless night while the Hyperboreans who lived across Ocean were exceedingly fortunate. In that race sickness and deathly old age had no part, and the Ethiopians the Gods held in such favor that they would sit with them at joyful banquets in their halls. The myth speaks about them being races that were here before mankind so the question is Were they races of man or some other type of race?

All the three peoples in question are just as human as most others who inhabit the cosmos of Greek myth, granted that in this mythology all human beings are somewhat "magical" and of virtually comicbook divine origin. The Greeks believed that pretty much every tribe and nation in the world was descended from a child of one of their gods, which would mean that, technically, the very first of those peoples, especially their monarchs, were barely human, if at all. They were something beyond that: the bridge between God, or the gods, and whatever we are now.

What makes peoples like Kimmerioi [Cimmerians], Hyperboreoi [Hyperboreans] and Aithiopes [Ethiopians] special is more so their lifestyles, lifespans and/or geographical locations. Peoples living in wintry places have tended to romanticise parts of the world which do not experience the long seasons of extreme cold and frost occurring annually outside the tropics. This idealisation seems to be what transpired with the Aithiopes of Greek myth, who literally still today live in a land of perpetual summer and spring. It is possible that with the Hyperboreoi, who lived in a land far north of Greece, the mythographers were referring to a tropical region on the other side of the planet, regarding which they had acquired a bit of vague information (and which would be somewhere on the shores of the Pacific Ocean).

Whatever the case that can be made on that is, the dwelling-places of the Hyperboreoi and the Aithiopes were so desirable that their lifestyles were imagined as virtually indistinguishable from those of the gods or from the dead who ended up on the Blessed Islands, which in themselves sound to me quite Polynesian or like tourist attractions on the East African coast. 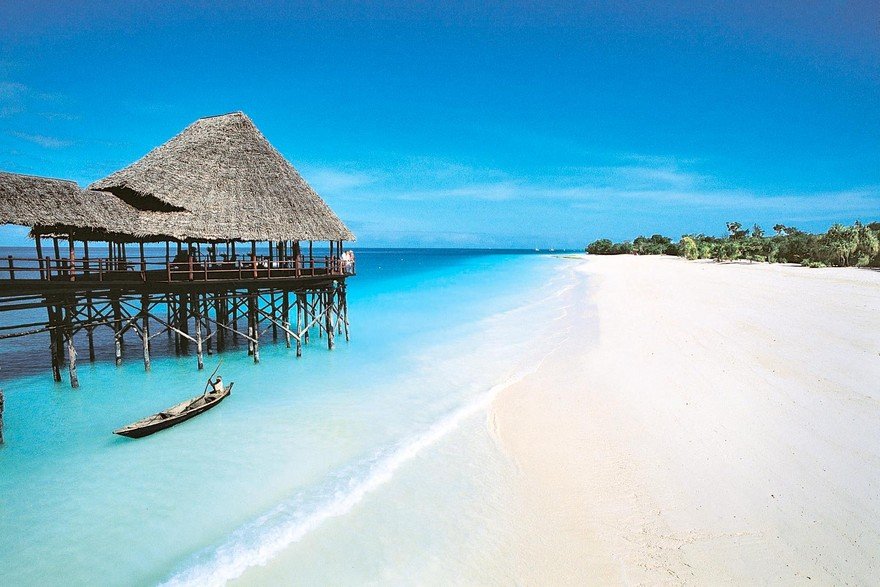 Hence the idea either that these peoples were immortal or extremely long-lived and that even if they died, like the Hyperboreoi, e.g., death was a lovely affair involving metamorphosis into a swan in their local Eridanos River, the most beautiful stream of water in the world.

With the Kimmerioi the opposite extreme was imagined in terms of their climate, which was perpetually dark, cold and misty, and in the middle of which, according to Ovid's Metamorphoses, Sleep and Death themselves made their home. Not all the myths agree in placing the Kimmerioi in such a situation, but, on account of the ones which do, one might in fact be led to consider the question of how a group of humans could survive in such conditions, how they ended up there in the first place, and why they would remain thus. Granted that there are inhabited parts of the world (much farther away than the myths locate the Kimmerioi, though) in which it is consecutive nighttime for long stretches of time, up to six months. This is, however, obversely interrupted by reciprocal lengths of consecutive daytime.

A.S. Kline's website Poetry in Translation summarises the Kimmerioi as "People living near the entrance to Hades... Herodotus places them in Scythia, and the modern name Crimea is perhaps derived from these sources. But Homer may have used the name to encompass all the peoples of Northern Europe." The Kimmerioi are mentioned both by Pliny the Elder and by Herodotus in close connection with the Skythoi [Scythians], who it is easy to locate in certain parts of Eastern Europe.

In Hesiod's Catalogues of Women, Gaia [the Earth] consorts both with her grandson the sea-god Poseidon and with her great-grandson Epaphos, the latter of whom is the Greek rendition of the Egyptian god Hapi [Apis]. Together they produce a number of nations inhabiting Africa and a few other places. Among these offspring are:

Of the 9 groups listed above, only one, the Hemikynoi, for sure is not human (or is part human and part canine). My descriptions of the Melanokhrotoi and Katoudaioi are merely attempted interpretations which might be wrong, but my point being that in general this passage of the Catalogues is certainly intended to supply the ancestral origin of various ordinary human tribes in the Mediterranean Basin and around it.

(One additional and especially notable exception only appears a little bit later in the passage, mentioning Laistrygon son of Poseidon, presumably by Gaia, from whom descended the monstrous man-eaters called the Laistrygones [Laestrygonians], who are encountered by the unfortunate Odysseus and his fellow Ithakan sailors in the Odyssey. Based on their description in the epic, they seem to have been gigantic in size, in particular their queen at the time, who was as large as a mountain.)

There is no myth I'm aware of which indicates that any of these peoples existed before other humans necessarily. In fact, if the Catalogues are the main source for their origin story, then we know for certain, going by the chronology of the myths, that all these peoples are fairly young in comparison to other groups of the world. If they are descended from Epaphos, then they would've been born sometime after the Flood, since Epaphos is supposed to have survived that cataclysm.

The one discrepancy contained therein is that Epaphos' close friend and relative Phaethon was a prince of Aithiopia. This Phaethon is the son of the Sun who crashed to Earth and burned attempting to drive his father's flaming chariot. It is his own land to which Phaethon is said to have done the most damage with the Sun's fire, crashing the chariot into what is now the Sahara Desert. Phaethon's mother the Oceanid Klymene had divorced the Sun and married King Merops of Aithiopia, becoming an African queen. Merops seems to have been a regular mortal.

A few generations before the reign of Enalos, Perseus (who slew the Gorgon Medusa) married Princess Andromeda of Aithiopia. Andromeda's parents Kepheus and Kassiopeia, who were rather human although they were close descendants of Zeus and Poseidon, may have held some territory on the border of Israel.

Perses, the eldest child of Perseus and Andromeda, became king of Aithiopia when he grew up and then he also founded the Persian Empire, naming it after himself. Two of Perses' younger brothers were close ancestors of Herakles.

Messagenet Communications Research also has an article on the Aithiopians which summarises them quite well.

The Kingdom of Hyperborea

In Pindar's description of the fabulously paradisaical land beyond the northern Rhipaion mountains it is always party-time among the Hyperboreoi, who are into both their music and their magic, as well as dancing. They also, however, take quite seriously the annual offering of first-fruits to Apollon [Apollo] held on the Cycladic island of Delos which was sacred to the god. For their first ever contribution to this they sent out a delegation of two of their young women together with five men who were to hand-deliver the offering to Delos, half a world away from their country, beyond a nigh-impassable mountain barrier. The delegates never made it back, however, and the Hyperboreoi seem to have thought that they had been murdered, so they opted to have the sacrifice couriered instead, via a chain network of peoples starting with their closest neighbours going towards the Cyclades.

Zabios was a king of Hyperborea whose daughter Themisto bore Apollon a son, Galeus. The oracle of Zeus at Dodona instructed Galeus to migrate from Hyperborea to Sicily where he built a sanctuary to his father Apollon. He was the ancestor of the Galeotai, a family of Sicilian soothsayers.

The names of several other Hyperboreoi occur in the mythology. The only ones among them that don't seem to be human are the children of Boreas himself: three sons who were, according to Aaron Atsma on The Theoi Project, winged, gigantic, immortal high priests of Apollon who served the Hyperboreoi; and three daughters Oupis, Hekaerge and Loxo, described as hunter nymphs who introduced the worship of Apollon's twin sister Artemis to Delos Island.

I have said this much of the Hyperboreoi, and let it suffice; for I do not tell the story of that Abaris, alleged to be a Hyperboreos [Hyperborean], who carried the [flying] arrow over the whole world, fasting all the while. But if there are men beyond Boreas [the North Wind], then there are others beyond the south. And I laugh to see how many have before now drawn maps of the world, not one of them reasonably; for they draw the world as round as if fashioned by compasses, encircled by the Okeanos River, and Asia and Europe of a like extent. For myself, I will in a few words indicate the extent of the two, and how each should be drawn.
~ Herodotus, Histories 4.36

I can't speak for the Cimmerians (possibly from Anatolia, out of Russia) but the Hyperboreans were legendary. They lived "beyond the north wind" in a land in the extreme far north, with huge mountains in the frigid land to their south. They supposedly built the second temple at Delphi, from feathers and beeswax, and sent tribute to Apollo's temple at Delos.

There has been much speculation that the Hyperboreans were the Norse or British people, and this paper also mentions the Balkans, because of the mountains. As a side note, however, there is a similar story in Norse myth about a place called Glaesisvellir at the very end of Jotunheim, the remote, barren land of the giants (jotuns), which appears in several sagas and the History of the Danes.

5
Who were the beings that the Titans overthrew to gain power on Olympus?
10
Why were the Isles of the Blest ruled over by Cronos and Rhea?
6
What is the earliest source to claim that Zeus and Ganymede were lovers?
3
Who carried the bow and arrows of Hercules
14
How old were Paris and Achilles at the time of the Trojan War?
6
What is the source of the story of Hades trapping Pirithous and Theseus in the Chairs of Forgetfulness?
5
Who visited the underworld or summoned ghosts and why?
7
Why was one of the Hecatoncheires known by a different name by men and the gods?
5
Who is "the mother of all gods and men" of Homeric Hymn 14?