Do any ancient sources describe Set as a mortal? And could Set be Sekhen?

Set /sɛt/ or Seth /sɛθ/ (Egyptian: stẖ;[a]) is a god of deserts, storms, disorder, violence, and foreigners in ancient Egyptian religion.1 In Ancient Greek, the god's name is given as Sēth (Σήθ). Set had a positive role where he accompanies Ra on his solar boat to repel Apep, the serpent of Chaos.1 Set had a vital role as a reconciled combatant.1 He was lord of the red (desert) land, where he was the balance to Horus' role as lord of the black (soil) land.1 Set

Ka, also (alternatively) Sekhen,1 was a Predynastic pharaoh of Upper Egypt belonging to Dynasty 0. He probably reigned during the first half of the 32nd century BC. The length of his reign is unknown. Sekhen

So we have a legend which states that Set went to war with his nephew Horus, over kingship of Egypt.

We also have a real pre-dynastic pharoah, from dynasty 0, named Sekhen, who appears to have a nephew or relation named Horus-Aha.

So could this account for Sekhen being Set? And are there any ancient sources which describe Set as a mortal?

Seth and Sekhen/Ka are completely unrelated names & meanings. Below are the names of Ka (left) and his queen Ha (right): 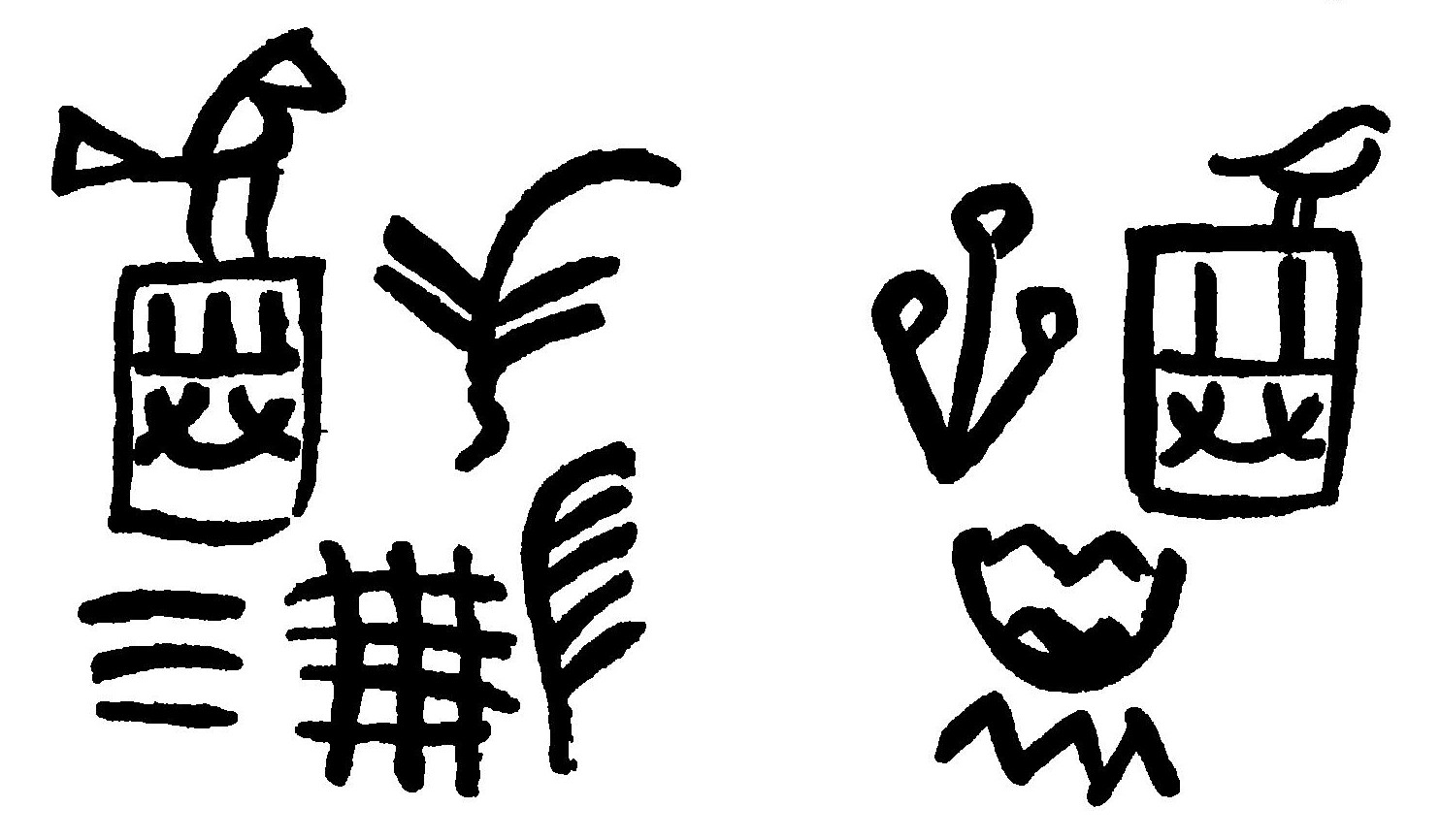 There are also inscriptions presenting an upright serekh with an upside-down Ka-symbol inside, which renders "Sekhen".

Sekhen means "to grasp, to hold". Ka means "to embrace". Because the up/down reading of the name is so uncertain, Egyptologists prefer a neutral reading as ‘King Arms’.

Seth, on the other hand, is written in one of these three forms, chronologically ordered: 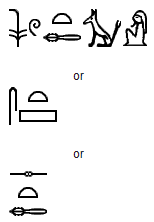 Seth's name is thought to have been originally pronounced sūtiẖ [ˈsuw.tixʲ] based on spellings of his name in Egyptian hieroglyphs as stẖ and swtẖ. The Late Egyptian spelling stš (set-esh) reflects the palatalization of ẖ while the eventual loss of the final consonant is recorded in spellings like swt.

So the likeliness is only apparent in late Egyptian spelling, which is thousands of years after Ka.

Also, I refer to the concept of the Horus name I detailed in an answer to one of your previous questions.

9
In ancient Egypt what did the Ba and the Ka represent?
23
Are there any depictions of Horus being crucified and resurrected
7
Did any ancient cultures or scholars recognize the Hero's Journey monomyth?
4
If any Ancient Egyptian Texts exist as Hieroglyphics in Online Documents
6
Did ancient Egypt use the abbreviation IHS for "Isis, Horus, and Seb"?
5
Could ancient myths of “giants” hint to contact with other species of homini?
1
Who came first, Egyptian pharoah Horus-Aha 3100bc, or, Horus the Deity?
3
Is there any evidence of the Ancient Greeks worshipping Zeus's daughter Helen?
3
Is there any source before the decipherment of hieroglyphic scripts that mentions that the ancient Egyptians deified their kings?