Was Aaru considered part of the Duat (underworld) in ancient Egypt?

The sources I've found don't make a clear statement of whether Aaru was formally considered part of the Duat or distinct from it. I'm trying to understand if the deceased pass through the Duat and then move on to Aaru, or if they remain in the underworld of which Aaru is a part.

There is no uniform answer to this, since the concept of Duat varies between different textual sources. What is known of the Duat derives principally from funerary texts such as the Book of Gates, the Book of Caverns, the Coffin Texts, the Amduat, and the Book of the Dead. Each of these documents fulfilled a different purpose and give a different conception of the Duat, and different texts are inconsistent with one another. Surviving texts differ in age and origin, and there likely was never a single uniform conception of the Duat, as is the case of many theological concepts in ancient Egypt.

The Amduat contains a "map" of the Duat: 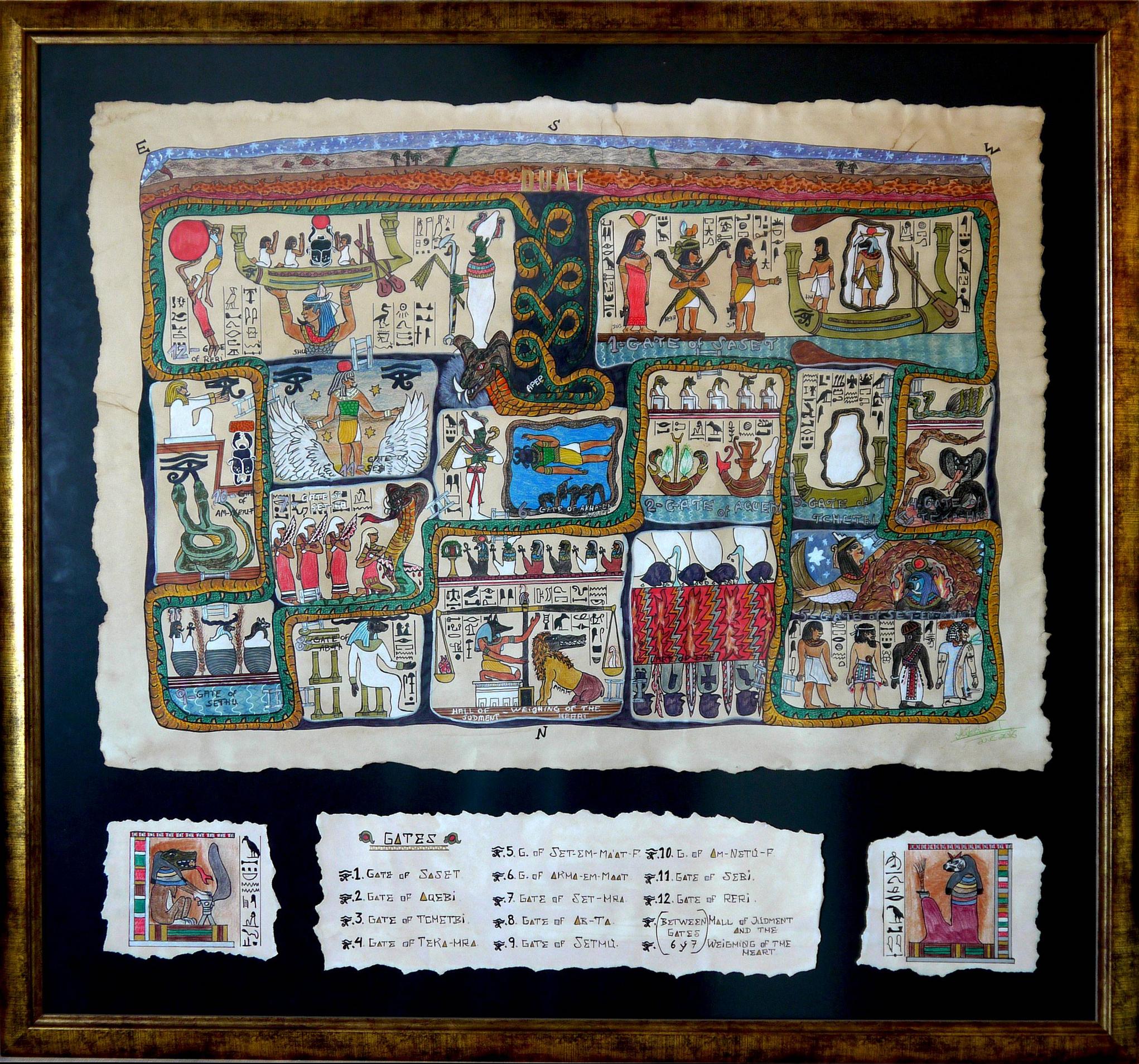 The duat in this map is divided into regions, largely corresponding to an hour our nightly travel of Ra's sun-barge:

Once the deceased finished their journey through the underworld, they arrived at the Hall of Maat. Here they would undergo the Weighting of the Heart ceremony where their purity would be the determining factor in whether they would be allowed to enter the Kingdom of Osiris. So in the Amduat the Aaru is not considered part of the Duat.

Not the answer you're looking for? Browse other questions tagged egyptian afterlife or ask your own question.