Is the practise of standing on stones at election consigned to mythology and folklore?

I was reading up about legendary Danish kings when I came across a character named Humblus and a rather sensational claim is made at the bottom of the article, and that claim is that political nominees would stand on standing stones during election and the person with the tallest standing stone will likely get the votes.

The ancients, when they were to choose a king, were wont to stand on stones planted in the ground, and to proclaim their votes, in order to foreshadow from the steadfastness of the stones that the deed would be lasting. By this ceremony Humble was elected king at his father's death, thus winning a novel favour from his country;

Apparently the practise of standing on stones at election is discussed in a number of sources, including the Chronicon Lethrense.

However, the Chronicon Lethrense only records mythology and folklore, and not historical fact.

The standing on stones in connection with the choosing a king is a motive known from other Scandinavian sources. It occurs both in Chronicon Lethrense and Olaus Magnus's Swedish history.

There are however depictions of ancient legendary/mythological kings standing on standing stones at election, such as Corineus.

Corineus, in medieval British legend, was a prodigious warrior, a fighter of giants, and the eponymous founder of Cornwall. 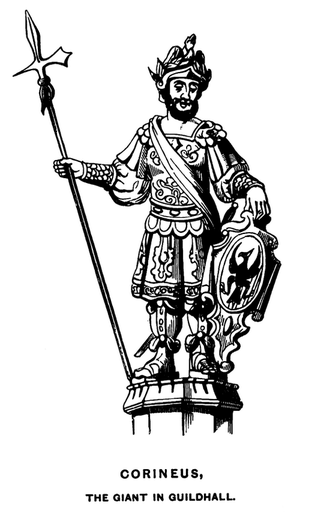 Is the practise of standing on stones at election consigned to mythology and folklore?

So my question is, is this practise consigned to mythology and folklore, or is there actual archaeological or historical reasons to believe this practise may actually be factual?

Browse other questions tagged norse mythohistory history british or ask your own question.

9
Does anything in the Matter of Britain ever explain or otherwise address Stonehenge?
10
What is the meaning of Sage in respect of eastern folklore?
16
Is there a connection between the use of the metaphor "black dog" for depression and the black dog of British folklore?
5
Revenants in mythology of the British Isles?
9
What are the functions of Giantesses in the Norse Mythology and Folklore?
9
Elves and Dwarves in Norse Mythology
8
What is the name of Brokkr's forge in Norse mythology?
9
Arthurian legend English and French sources
6
Is it possible to build a timeline for Greek mythology?