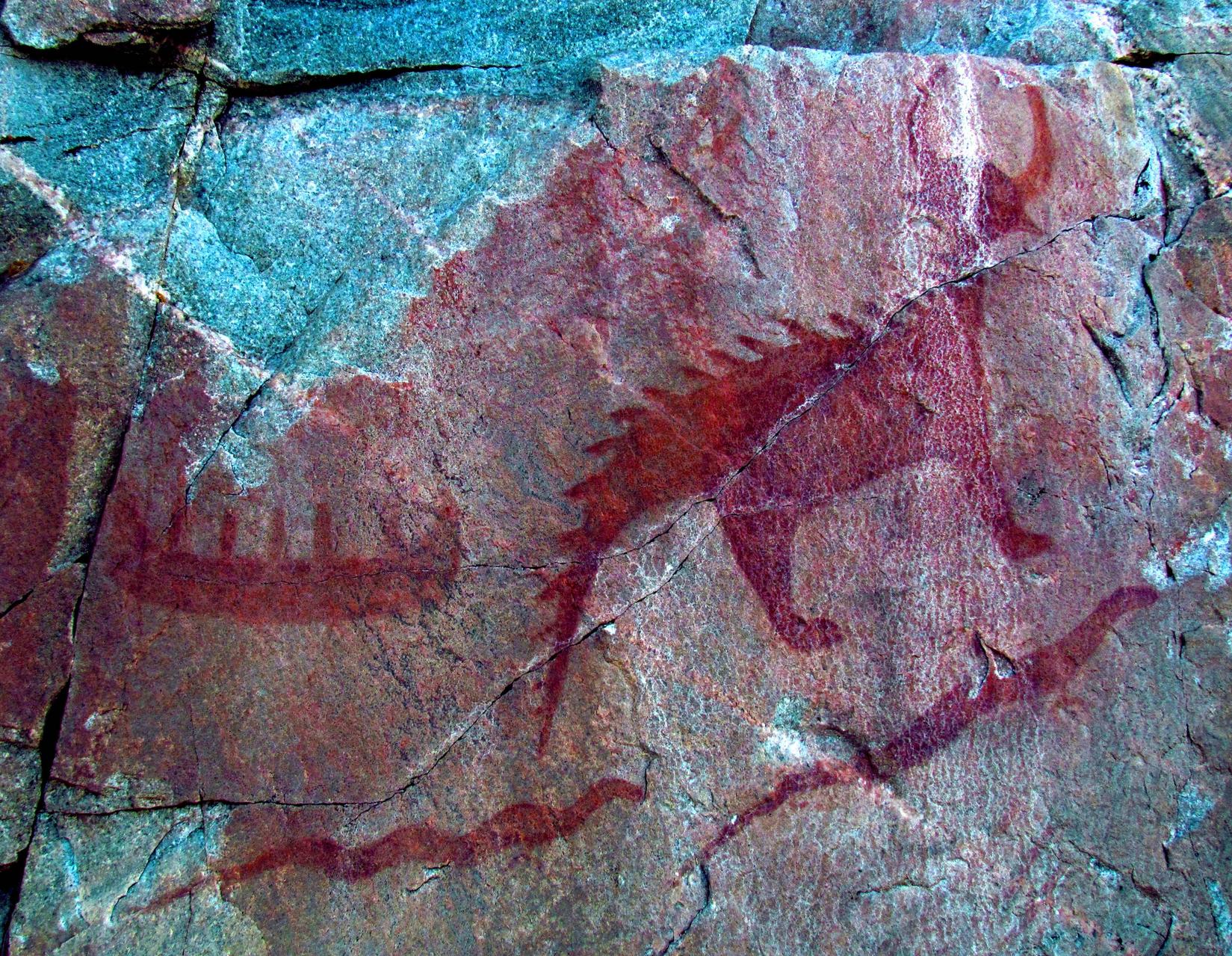 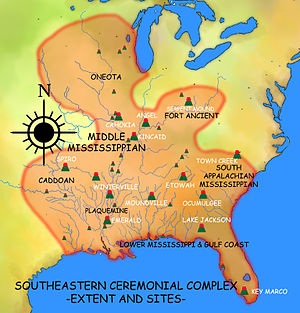 There is a rock bluff shrine to the underwater panther (according to people at Washington University) partially on my dad's property in southeast Missouri, got alot of pictures done in red paint with 3 holes bore into the rock face,they are filled with mud now from flooding but one has smoke residue going up half the bluff, pretty sure it's in what was a Mississippian area but later the Osage around Fredericktown

Haudenosaunee (Iroquois) or Huron also have stories of a horned water serpent or creature. See Creation and Confederation the Living History of the Iroquois, Darren Bonaparte, ch.7.