Are Liberty and Columbia the same Goddess?

It is hard to miss the resemblance:

Liberty (example: the Statue of Liberty) 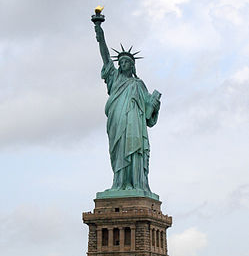 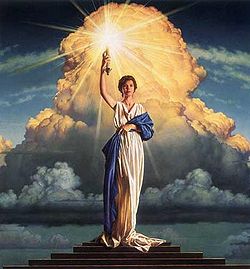 Both are seen as female personifications of the United States (similar to Britannia, of the UK). They both seem to represent similar values, as well.

I'd be inclined to call them one and the same, but there does seem to be a distinction drawn between them. Are they considered to be the same entity? If not, how are they related?

Coincidentally, my July 3rd blog post, entitled Independence Day Mythology: Our Goddess Liberty, touched on this very issue of Liberty and Columbia being versions of the same goddess, but did not go into technical details of proving their identity for reasons of space. I won't duplicate here what I said in my post (since it is all relevant here and would all have to be repeated here), so will simply "incorporate" that here for background as part of this answer, so that I can focus here on the narrow question asked, i.e., whether Liberty and Columbia are the same goddess. Now I get to include some things that I had researched but did not have room for in my blog post!

But first regarding the threshold issue of whether we are dealing with myth here: If we were merely dealing with Columbia Pictures and its symbol, then I can see why there would not be real myth. But there is a long historical background to this showing that we are dealing with the evolution of classical Greek and Roman goddesses (Eleutheria and Libertas respectively). In the American Colonies and in the later USA, this goddess (Liberty and Columbia) became part of our own mythology of our struggle for independence, and later of our country. And while they were not worshipped as goddesses, they were revered, sacred figures that made us feel that our country is larger than life. Finally, our division of this goddess into two separate but related figures is instructive as a wonderful illustration of how in the ancient world too the same deities had different aspects and epithets reflecting the various functions they served (think of the Triple Goddess, or the various faces of Aphrodite as Ourania, Pandemos, and many other titles). It also helps us appreciate the phenomenon of syncretism of deities in the ancient world, since Columbia did get swallowed up by Liberty, in the form of the Statue of Liberty, by the 1920s. This question offers us a wonderful exercise in this respect.

Turning to the evidence for the narrower question at hand. As mentioned in my post, the goddess Liberty did emerge as a symbol for American freedom from the British Crown in the pre-revolutionary war years, but by the time of the revolutionary war itself both Liberty and Columbia (from Christopher Columbus) were names for this same goddess. This can be seen most simply and easily by comparing coins struck during that time. Below is a coin struck in Boston in 1776 by Paul Revere himself, depicting "Goddess Liberty" sitting on a globe with her trademark cap, holding her trademark rod in one hand and the scales of justice in the other. 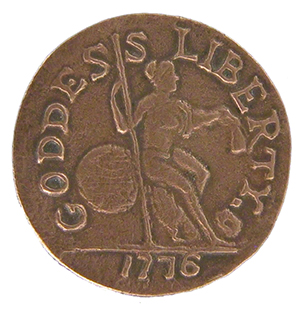 Then, right after the war, in Connecticut and New York essentially the same image was minted (except the cap is on the rod, also a traditional image of Libertas), only now her title was Immunis Columbia (i.e, "Immune Columbia," since we had won the war) (see below). 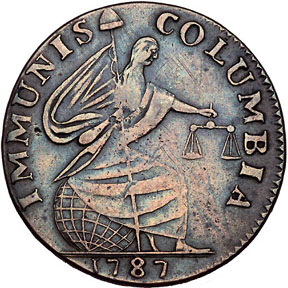 But as the two originally identical figures evolved they came to represent different aspects of the goddess and feature differing traits. Liberty was a "higher" figure representing not so directly America itself (not wearing the stars and stripes) but more particularly America's highest ideals of liberty and freedom. Columbia, on the other hand, represented America itself more than just its ideals, was usually dressed in the stars and stripes, and was invoked for popular patriotic and political purposes (see image below). Her name was also used in a variety of titles, including the District of Columbia, Columbia University, and yes Columbia Pictures, among others. 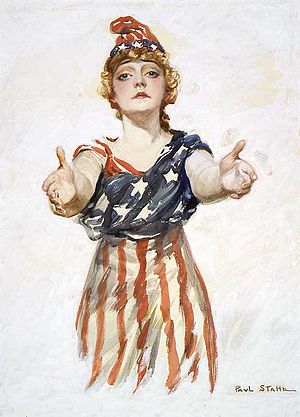 So right here in America we see the same kind of syncretism and multiple aspects/epithets of the same goddess that we saw in ancient classical mythology. The mere fact that we can find this confusing, as evidenced by this question itself, is part of the proof of that.

Not the answer you're looking for? Browse other questions tagged usa or ask your own question.