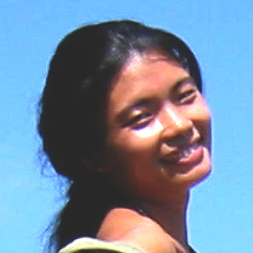 My 1st and only teacher was a Chán (禪) Master who demonstrated superiority in Dhyāna and Samadhi, with amazing ability of healing. He learnt meditation and martial arts from recluses of the mountains in Northern China. I learn Buddhist meditation and doctrines directly from Classical Chinese Sutras, these teachings are profound never available or accurately presented in English. Apart from couple of excellent Sutras on meditation, my favourites are Prajñāpāramitā, Laṅkāvatāra, Avataṃsaka...... etc., and Nāgārjuna's Madhyamaka translated by Kumārajīva.

Through years of serious studies, I assert that the historical Buddha has delivered his complete teachings in three stages, called The Three Turnings of the Dharma Wheels. The 1st Turning is in the Agamas Section (the entire Pali Canon also collected most of it). The 2nd and 3rd Turnings are only survived in the Chinese Tripitaka; especially in consideration of translation accuracy.

For genuine seekers, be aware of two common misunderstandings: 1) Those Tantric texts dressed in "colour of Buddhist" but teaching Tantra are NOT spoken by Buddha Shakyamuni, they are heirs of old Hindu religious or sexual ritualism. 2) Pali is NOT a natural language but artificially created to record the Ceylon School's oral recitation of Suttas. At first it borrowed the Sinhalese letters to write the corresponding pronunciation, later effaced after copied to Pali and mythologized as the Devas burnt the works to test Buddhaghosa. Pali only exists in Pali Canon, never a living human being walking on earth from ancient to present spoke or speaks such language called Pali except when reciting the Pali Canon.

My interest is in high level of Dhyāna, and advanced understanding of Dharma with penetrating wisdom. Purely my prejudice, flocks born before or in the 70s usually have more substantial contents, especially those like me, the old "souls".

All Questions Answers
Votes Newest
5 According to Biblical account, why fallen angels' offspring are giants? Or are they egg-born? Jul 4 '17
4 Most gods in Egyptian pantheons are with animal faces? [duplicate] Aug 1 '17
3 Have Adam and Eve ever eaten the fruit from Tree of Life? Aug 9 '17